Fernando Alonso revealed his worry about F1's future after Mercedes F1 driver Lewis Hamilton stormed through the field at the Brazilian Grand Prix on Sunday. 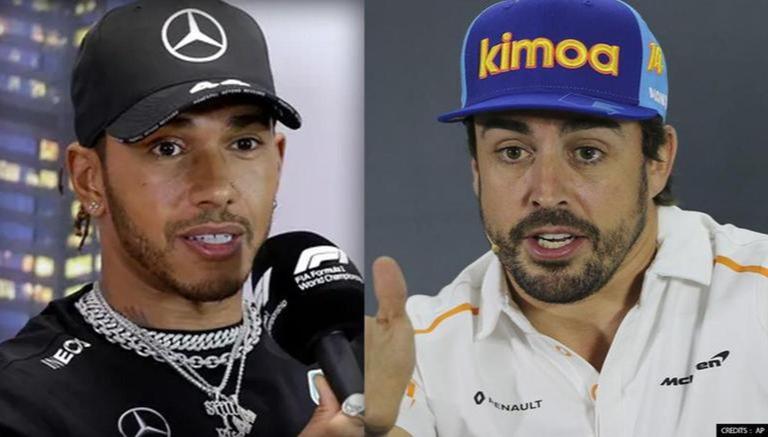 
Two-time Drivers' Champion Fernando Alonso revealed his worry about F1's future after Mercedes F1 driver Lewis Hamilton stormed through the field at the Brazilian Grand Prix. The Brit gained 24 spots in total (15 in sprint and 9 in the main race) to win an enthralling Sao Paulo Grand Prix at the Interlagos circuit on Sunday.

While speaking in a recent interview, the Spaniard said that drivers will 'always lose' if they are competing against the Mercedes drivers, who have a far superior package to the rest of the field. The Brackley outfit has won the Drivers' and the Constructors' Championship every season in the turbo-hybrid era that began in 2014.

It is only this season when Red Bull Racing and Max Verstappen have provided them with a run for their money. After the Brazilian Grand Prix, the Dutchman leads Hamilton by 14 points with three races remaining in the season. Meanwhile, in the Constructors, Mercedes lead the Milton Keyes outfit by 11 points.

As quoted by Speedweek, Fernando Alonso said, "As a driver, it’s like playing basketball, and there’s one basket for you and one for the others. They score their points with a bigger basket, and you have to score yours with a smaller one, so you always lose. The Spaniard then added that he was privileged to be in a position to win two championships with Renault in 2005 and 2006, but was worried for future generations wanting to make a career in the sport, considering the disparity in performance from one team to another.

Every angle on their Lap 48 battle 👀 #BrazilGP 🇧🇷 #F1 pic.twitter.com/9NLHajCiPv

The Alpine F1 driver added, "But I just imagine young children watching this sport and seeing one car pass two others in the straight line. We shouldn’t let them lose hope that they can be champions. We are all as committed to the sport. We train a lot. We work in the simulator. We risk our lives every time. But we're still one lap behind in every race, and we know before we even go to Qatar. It’s really the only sport in which something like this happens."

READ | Fernando Alonso says he feels like an 'idiot'; 'penalties seem to differ on nationality'

Despite his years of experience in the sport, Alonso was still astonished to see Lewis Hamilton breeze past cars during the sprint and the main race. In the same interview, the 40-year old said, "I was surprised on Saturday. I mean, I think we were all surprised that a driver has 25 penalty places on the grid in one weekend and still wins the race, but it is what it is." During the sprint, the Brit went from P20 on the grid to P5. However, because of his engine penalty, he started the main race in P10 before overtaking nine other drivers, including title rival Max Verstappen, to win the race.

WE RECOMMEND
Lewis Hamilton explains how new 'drive' to reduce racism is helping him improve in racing
Lewis Hamilton probed by stewards at Mexican GP for breaching track limits at Autodromo
Lewis Hamilton beats Max Verstappen at Brazilian Grand Prix, ends his 'hardest weekend'
Max Verstappen vs Lewis Hamilton: who has the advantage in each of the final four races?
Lewis Hamilton recounts 'pain' of racist abuse at Spanish GP: 'No one said anything'
Listen to the latest songs, only on JioSaavn.com