Floyd Mayweather net worth 2021: Here's a look at the boxing legend's car collection, career earnings and his purse from the upcoming fight against Logan Paul. 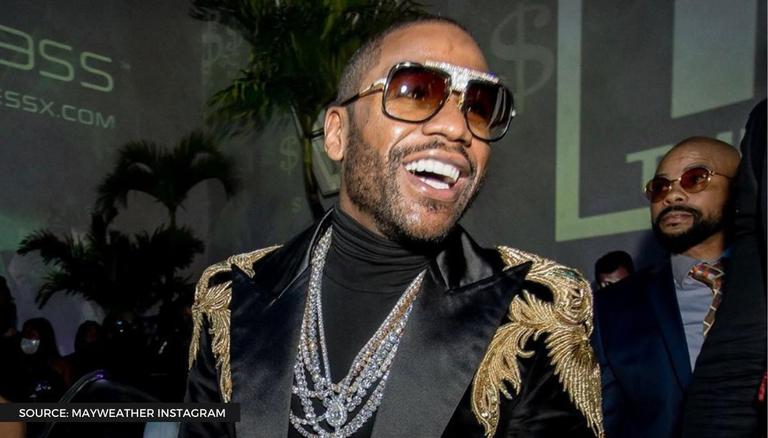 According to Celebrity Net Worth, the Floyd Mayweather net worth stands at an astonishing $450 million, despite 'Money' retiring in 2017. The website claims that Mayweather raked in a reported $303 million per fight and his total career earnings amount to $1.1 billion. However, the retired boxer claimed that his net worth had surpassed $1.2billion earlier this year. Mayweather is part of the exclusive athlete billionaire club along with Michael Jordan, Michael Schumacher, Jack Nicklaus, Arnold Palmer, Cristiano Ronaldo and Tiger Woods. Mayweather says he made $300million to beat Manny Pacquiao and a further $350million from his fight against Conor McGregor.

Floyd Mayweather likes to make a splash and his car collection is one of the many luxuries the retired boxer pursues. The Floyd Mayweather car collection boasted of a dozen machines likes Bugatti, Bentley and Rolls-Royce and all of these have a black paint job. The collections boast of three Bugatti Veyrons, (two standard and one Grand Sport), two Ferrari 458 Spiders, along with a Lamborghini Aventador, Porsche 911 Turbo S and a Ferrari 599 GTB Fiorano.

The £20 million underground garage collection, however, did not have his favourite vehicles Dodge Ram 1500 Classic which starts off at a basic £22,000. While the truck lacks the glamour of his £20 million collections, it seemingly remains his favourite and 'Money' revealed that he takes the Ram 1500 Classic out for a ride every day. Floyd Mayweather said that the truck keeps him grounded and he likes to stay low-key during an Instagram live session.

Floyd Mayweather expects to earn $100 million off Sunday's fight and said on Thursday he has already made $30 million in the lead up to the fight. SportingFree reported Mayweather was guaranteed $10 million in base salary and 50 per cent pay-per-view shares. The PPVsusbrictipn costs $49.99, and the retired boxer expects the fight to make roughly $180 million in pay-per-view dollars, and is set to receive the larger portion of the pie.

Floyd Mayweather's girlfriend: Who is the legendary boxer dating?

Floyd Mayweather is currently dating Anna Monroe, who is the lead stripper at Floyd's club in Las Vegas. The duo have been dating since the start of the year and were reportedly engaged, only for the boxing legend to claim those rumours as false on social media. Ahead of the fight against Logan Pual, Mayweather kicked Monroe out of the house to focus on his preparations, and the 29-year-old has since moved back into her old apartment. The duo are still together and one can expect Monroe to move back in once the fight is over on Sunday.