After the physical altercation at the press conference, Floyd Mayweather threatens to put Jake Paul in a brace if he keeps up his behaviour. 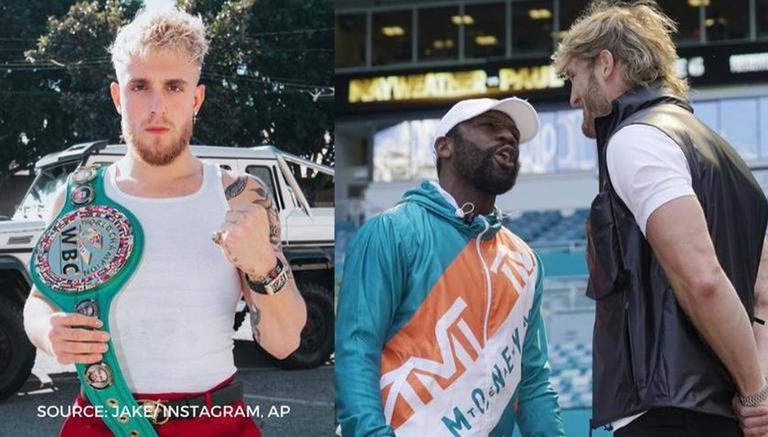 Floyd Mayweather has been at odds with Jake and Logan Paul even before the actual fight this month. Logan Paul and Mayweather are set to fight on June 6 at the Hard Rock Stadium in Miami, Florida. Jake and Mayweather met at a press conference earlier, following which the YouTuber is banned from attending his brother's fight.

Now, as the fight nears, Mayweather has made it clear about how he feels about Jake Paul. As per Mayweather, he is ready to put Jake in a neck brace if he ends up acting up. Their recent interaction at the press conference turned violent, and the boxing icon ended up punching Paul. "I'm nothing to play with," Mayweather said while speaking with Showtime. "I ain't one for the jokes, that's why you [Jake Paul] ended up with two black eyes."

Floyd Mayweather believes he alone decides how long his fight with Logan Paul will last. pic.twitter.com/g7DYxvESPf

He added that if this continues, Jake will end up in a neck brace. At the press conference, Paul was the one who approached Mayweather before they ended up in an exchange of words. Mayweather also declared that he will defeat the brothers in one night. Paul ended up snatching the boxing legend's cap, which escalated later on.

The upcoming fight will be held over eight rounds for three minutes. "It's not an exhibition," Logan said. "What exhibition is eight three-minute rounds? You know, this is a fight. If Floyd didn't want to rip my head off before my brother took his hat, now he's trying to kill me".

When is Floyd Mayweather vs Logan Paul bout?

When is Jake Paul next fight?

While there is no opponent confirmed, Paul is certainly gearing up for a new fight. Showtime reportedly confirmed that they have a deal with Jake Paul, details of which were not revealed. However, talks about finalizing an opponent along with the date and location are already in progress. As of now, Jake Paul has a 3-0 record as a professional. He has fought with AnEsonGib, Nate Robinson and Ben Askren till now.

READ | Logan Paul tries to do a Muhammad Ali impression while training for Floyd Mayweather bout
READ | Mike Tyson thinks Logan and Jake Paul have no chance of defeating Floyd Mayweather
First Published: 31st May, 2021 19:48 IST
SUBSCRIBE TO US