Showtime recently released the undercard of the Floyd Mayweather vs Logan Paul event, which was hated by fans, with some calling it “disappointing”. 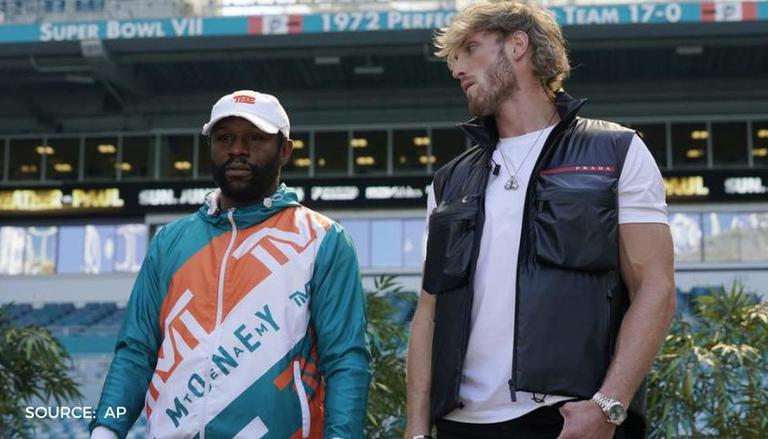 
Recently, Floyd Mayweather and Logan Paul came face-to-face at a press conference regarding their upcoming highly-anticipated exhibition bout, which is set to take place on June 6, 2021, at the Hard Rock Stadium in Miami, Florida. There, the two fighters traded some verbal jabs which ended in a brawl after Logan’s younger brother Jake Paul pulled off Mayweather’s hat, forcing the boxing legend to throw some punches at him. However, while the two were soon separated by the security, Jake revealed that he was punched in the eye by one of Mayweather’s bodyguards.

A few hours later, Showtime, which is set to carry Floyd Mayweather vs Logan Paul released the undercard of the event, which also went viral for the wrong reasons. Allegedly, fight fans who were hoping for an all-star undercard, which is likely to be sold for around $50 on PPV in the USA, were “disappointed” by the line-up. According to reports, the three undercard fights announced included a rematch between Jean Pascal and Badou Jack, Jarrett Hurd fighting Luis Arias and former NFL star Chad Johnson going up against a yet to be announced opponent in an exhibition match.

Fans react to the Undercard

While reacting to the undercard, many fans questioned why they should even watch the entire event, considering the main event is also “bizarre” and “predictable”. Mayweather is entering the clash as a heavy fan favourite as he’s undefeated at 50-0, while the YouTuber lost his first and only pro bout to fellow YouTuber KSI in 2018. While the 26-year-old has a size and reach advantage, it likely means nothing against a professional boxer as fast and technical as Floyd Mayweather.

“Who's gonna pay to watch that dung,” wrote a fan. “I assume by PPV, we are being paid to watch this s**t,” added another. “I can see if these types of fights were free but the fact that they want us to pay for these celebrity fights is hilarious. This s**t is an embarrassment for the sport of boxing,” commented the third.

Logan Paul boxing: Jean Pascal vs Badou Jack 2 might save the day

However, many pointed out that the rematch between Jean Pascal and Badou Jack is the only great thing about the card as their first clash, which ended via a split decision in favour of Pascal, was an impressive bout. However, it should be noted that both the fighters are around 40-year-old now and are past their primes.

According to celebritynetworth, the Logan Paul net worth is estimated to be around $19 million in 2020. The same year, the Floyd Mayweather net worth was pegged at a whopping $450 million.