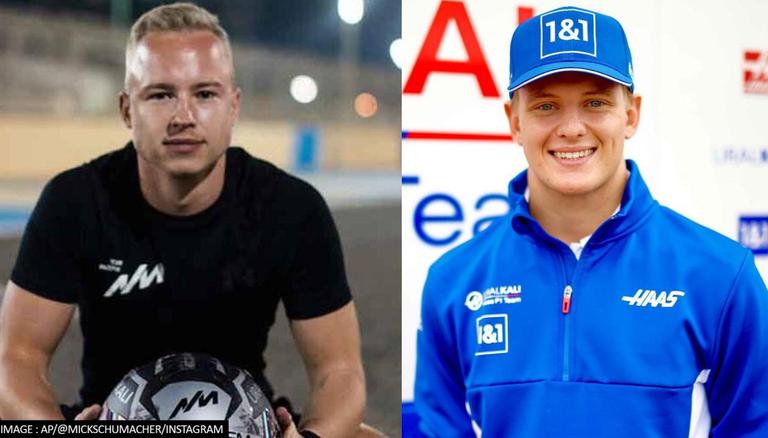 
Team Haas' two drivers Nikita Mazepin and Mick Schumacher have shared a torrid relationship since they started racing together in their rookie season. The crashes mostly seem to happen because they race amongst each other at the back of the field in Haas cars that are way of the pace compared to the rest of the grid. Recently in an interview, Mazepin joked that Schumacher is his closest friend and that his teammate will be coming to Serbia to meet him.

When asked by Dutch TV channel Ziggo Sport in Turkey on who was his closest friend is in Formula 1, he said, "Mick Schumacher." The Ziggo interviewer called out Mazepin saying that the Haas driver was lying about his teammate being his best friend. To this, Mazepin responded: "Why am I a liar? He’s the closest to me in the garage. He’s coming to visit me in Moscow on vacation. He wants to see the snow and the bears." The Dutch interviewer then cheekily said that Mazepin was actually trying to lure Schumacher there and leave him in a remote part of Siberia. Mazepin laughed in response and said: "No, he really wants to see the bears and the snow."

“There’s a lot going on. A lot, and nothing at the same time,” the Russian said on F1’s Beyond The Grid podcast. "I think it’s just two young drivers who are willing to get to the top of Formula 1, and who have been put in a difficult position where, realistically, as the year goes on, more and more we can fight with each other only.

"For me, finishing P19 can be a highlight and finishing P20 can be a very bad point of the weekend. In any other category, what’s the difference between P19 and P20? But because it’s like all or nothing. I think that potentially impacts his approach to me, but I struggle to see more than that. It is what it is." added Mazepin.

READ | Formula One: Red Bull asked to ‘step it up’ by Max Verstappen as he eyes championship

I don’t know how many years we’ve got left together, but I don’t think it’s going to be a smooth ride, said Nikita Mazepin