Tajinderpal Singh Toor will be making his Olympics debut when he takes the field on Tuesday, August 3 to compete in the men's shot put event 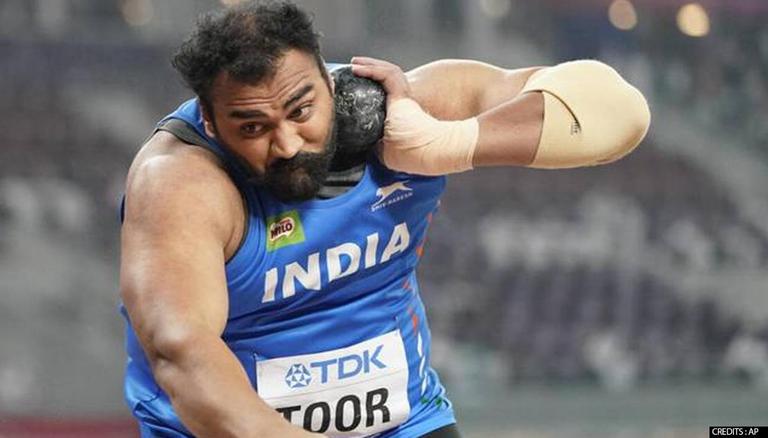 
With Kamalpreet Kaur coming up short in the Women's discus throw event on Monday, the focus now shifts towards Tajinderpal Singh Toor who will be taking the field on Tuesday, August 3 to compete in the men's shot put event. Toor will be making his Olympics debut at Tokyo Games and would be eyeing to make a mark in the competition. Here's all you need to know about a 26-yer-old's journey to Tokyo Olympics.

Born and raised in the Khosa Pando village in Punjab, Toor was exposed to the sport of shot put by his father Karam Singh and uncle Gurdev Singh. During his initial training under his uncle Gurdev Singh, Toor won state-level titles in youth categories and put up consistent performances in inter-state competitions. Tajinderpal Singh's first attempt at donning the national colours came back in 2016 when he won the 2016 Federation Cup shot put title. The Moga shot putter then went on to defend the title the very next year (2017) with his then-best throw of 20.40m.

The Indian shot putter first tasted success at the international stage back in 2017 when he won his first international title at the Almaty Kosanov Memorial in Kazakhstan. He carried his winning momentum into the next tournament and won silver at the Asian championships with a throw of 19.77m.

Tajinderpal Singh Toor had a disappointing 2018 Commonwealth Games in which he could only finish eighth. In the same year, he went to represent the country at the Asian Games in Jakarta, where he reached the 20.75m mark to create a new national and Asian Games record and also went onto win the gold medal. On the day he landed back home, Tajinderpal received the sad news that his father had succumbed to cancer. It only pushed him to achieve the ultimate dream - of participating in the Olympics.

After the 2020 season was disrupted due to COVID-19, Tajinderpal began 2021 with a 19.49m and 20.09m throw in two Indian Grand Prix competitions, both of which were enough to win the title and threw 20.58m to win the Federation Cup. Back in June this year, Tajinder Singh Toor qualified for the Tokyo Olympics with a new national record at the Indian Grand Prix 4. Toor crossed the Olympic Qualification mark of 21.10m with a throw of 21.49m and also broke his own National Record.

If you are still wondering How to watch Tajinderpal Singh Toor live in action then you can watch the broadcast of the men’s shot put event on the Sony TEN 2, Sony TEN 2 HD, Sony SIX and Sony SIX HD TV channels in India. Sony TEN 3, Sony TEN 3 HD, Sony TEN 4 and Sony TEN 4 HD will broadcast Tokyo 2020 in regional languages. The Tajinderpal Singh Toor shot put event Live streaming will be available on Sony Liv with the qualifying event starting from 3:45 PM IST on August 3.