17-year-old Indian Grandmaster R Praggnanandhaa seems to be in the form of his life as he registered a third consecutive win at the ongoing FTX Crypto Cup. 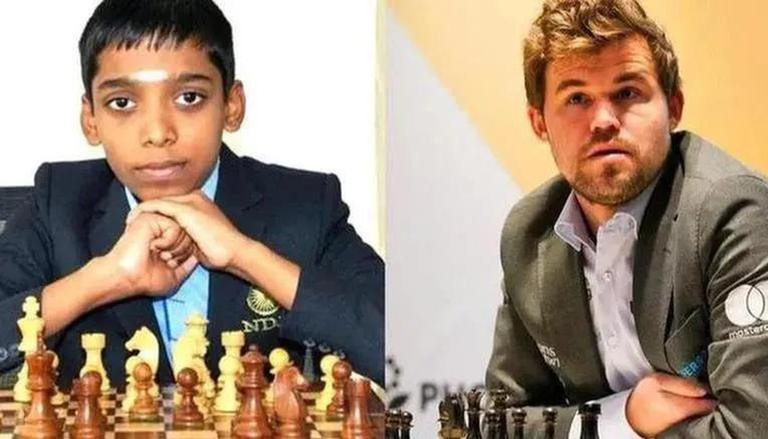 
Seventeen-year-old Indian Grandmaster R Praggnanandhaa seems to be in the form of his life as he registered a third consecutive win at the ongoing FTX Crypto Cup to maintain his position at the top of the standings alongside the world number one Magnus Carlsen.

After defeating world number four Alireza Firouzja and Anish Giri in the first and second rounds respectively, Praggnanandhaa went on to defeat Hans Nieman in the third round to maintain his perfect record.

Young Indian Grandmaster R Praggnanandhaa beat Hans Nieman 2.5-1.5 in the third round to notch up a third straight win in the ongoing FTX Crypto Cup, the American finale of the Champions Chess Tour, on Thursday. The 17-year-old Indian is currently at the top of the standings with nine match points alongside world number one Magnus Carlsen, who registered a 2.5-1.5 win over Levon Aronian.

3 rounds in to the #FTXCryptoCup we still have a 2-horse race between @MagnusCarlsen and @rpragchess, who have won all 3 matches and lead Aronian and Firouzja by 4 points! https://t.co/R5A5VxBCha #ChessChamps #c24live pic.twitter.com/9hOwE1xeB0

After losing the first game to his American opponent, Praggnanandhaa bounced back brilliantly and secured victories in games two and four to grab all three points. Meanwhile, the third game between the two ended in a draw. The Indian chess prodigy had begun his campaign with an outstanding victory over world number four and top-ranked junior, Alireza Firouzja, before beating Anish Giri in the second round.

As for the other matches in the third round, Firouzja edged out Giri 4-3 in a tie-break, in what was a thrilling match. Meanwhile, Quang Liem Le of China defeated Poland's Jan-Krzysztof Duda 2.5-1.5. As things stand after the third round of the ongoing FTX Crypto Cup, Aronian and Firouzja trail Carlsen and R Praggnanandhaa with five points while Duda has four. Praggnanandhaa will now take on Levon Aronian in the fourth round.

READ | Chess Olympiad 2022 draws to a close amid cultural extravaganza

The eight-player all-play-all tournament is the American finale of the Champions Chess Tour. There is USD 7,500 at stake for each match won at the event. Each match will be played over four rapid games, and in the scenario that the scores are tied after these games, the players would need to compete in a blitz tiebreak to determine the winner.