Michael Schumacher's brother, Ralf Schumacher insists the time has come for George Russell to team up with Lewis Hamilton at Mercedes 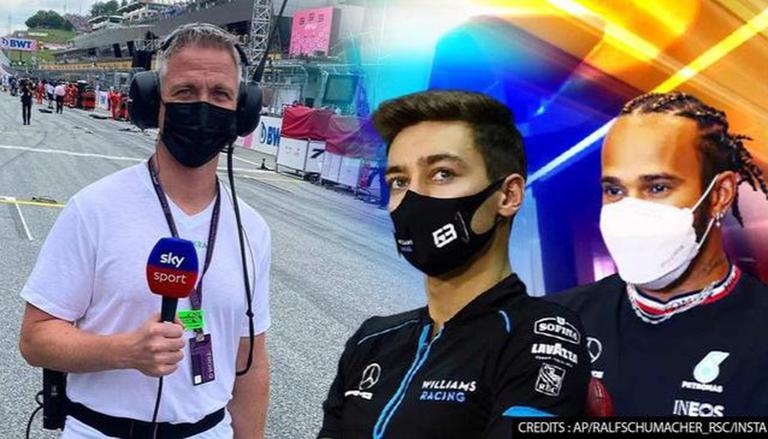 
Williams' driver George Russell has been incredibly impressive since his F1 debut in 2019 and Ralf Schumacher, Michael Schumacher's younger brother, believes the time has come for him to team up with Lewis Hamilton at Mercedes F1. Valtteri Bottas, who is Hamilton's current teammate, has found life difficult at the Brackley outfit. Hamilton currently leads the F1 standings with 195 points, while Bottas is currently in fourth place with just 108 points.

According to Ralf Schumacher, George Russell's call-up for a summer tyres test in the Mercedes F1 car is a clear sign that he will replace Valtteri Bottas for next season. Mercedes F1 team principal Toto Wolff had previously indicated that the 2022 driver line-up will be announced over the summer break, which ends later this month. Hamilton's contract was renewed for another two seasons earlier this year, while no decision has been made on Bottas' contract, giving rise to further speculations. Even though several fans and pundits have presumed that Russell will join Mercedes if Bottas' contract is not renewed, Jacques Villeneuve claimed that Lance Stroll could get the nod because of his father's close relationship with Wolff.

However, Michael Schumacher's younger brother believes that Russell's switch to Mercedes F1 is inevitable despite Villeneuve's claims. Speaking to AutoBild, "It's true that [Aston Martin boss Lawrence] Stroll and Wolff are close friends. But how far would they go? I don't think Lance Stroll plays a role at Mercedes. I think that's where Russell is seated. It is no coincidence that he is doing the tests for Mercedes with the new 18-inch tyres that will be used next year. For me, this is a clear indication."

After Lewis Hamilton was diagnosed with COVID at the end of last year, George Russell got the nod to replace him at the Sakhir Grand Prix. Russell scored his first points in F1 with a ninth-place finish, having also led the race at one point. The 23-year old began his summer break with a test on the 2022 Mercedes F1 car and clocked 137 laps.