Cristiano Ronaldo girlfriend: Georgina Rodriguez visited Ferrari F1 to motivate the team a few weeks after her boyfriend graced the team with his presence. 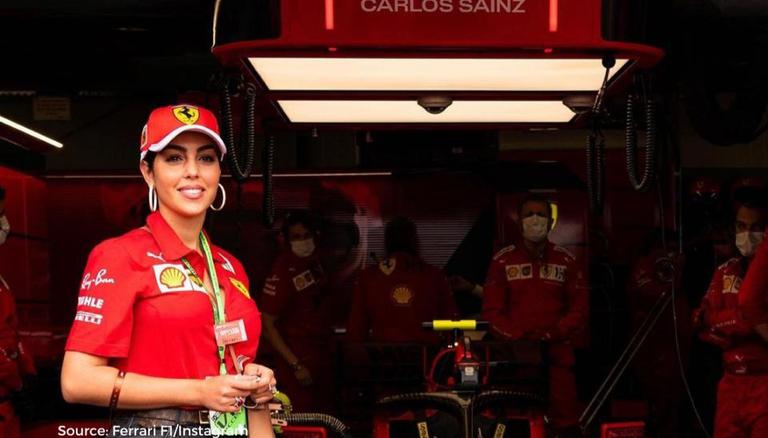 
The Ferrari Formula 1 team do not seem to be short of celebrity fans as they received yet another noteworthy visit at last weekend's Monaco Grand Prix 2021. Cristiano Ronaldo's girlfriend, Georgina Rodriguez, was the latest celebrity to visit the Maranello outfit. Here are the Georgina Rodriguez Instagram pictures as she poses in the red hot Ferrari F1 gear.

Juventus star Cristiano Ronaldo began to date Georgina Rodriguez in 2017 and since then the couple has been going strong. Ronaldo is believed to have met Georgina at a Gucci store where she was working as a sales assistant in 2016. The Spanish model is the Portugal star's most serious love interest since he broke up with his long term partner Irina Shayk in 2015.

Cristiano Ronaldo is a well-known lover of sports cars and also owns a Ferrari as seen in his Instagram pictures. Ronaldo visited the Ferrari F1 factory in Maranello as a part of an institutional event in which Andrea Agnelli, the president of Juventus, and John Elkann, current CEO of Ferrari, also participated. The Juventus ace could be seen alongside Ferrari drivers Charles Leclerc and Carlos Sainz, who are holding a signed shirt of his.

Can you calculate this? 🤔🤩

With Ronaldo having paid a visit to Ferrari F1's factory in Maranello a few weeks earlier, it only seemed fitting for his girlfriend Georgina Rodriguez to follow suit. In one of her Instagram posts, Georgina can be seen enjoying the view of the Monaco Grand Prix circuit with her kids. It is fair to say that fans were happy to see the Spanish model in red hot Ferrari F1 livery as the Georgina Rodriguez Instagram post has received over 1,900,000 likes in just over a day.

Georgina Rodriguez also made sure to visit the Ferrari F1 garage at the Monaco Grand Prix to showcase her support for the Italian outfit. She clicked a picture outside Carlos Sainz's garage, who is a well-known fan of Cristiano Ronaldo, especially when the Portuguese star was at Real Madrid. Sainz would be delighted to have both Ronaldo and his girlfriend visit the team within a span of few weeks.

Although Ferrari F1 have improved remarkably as compared to last year they yet languish in fourth place in the F1 2021 standings. The Italian outfit currently have earned 78 points and are two points behind third-placed McLaren. Meanwhile, Red Bull Racing (149) lead the F1 2021 standings from Mercedes (148) by one point as a result of Max Verstappen's splendid victory at the Monaco Grand Prix.