Though Nelson Piquet apologised to Lewis Hamilton for his comment the Brazilian MPs are working to send him to prison after lodging a formal complaint. 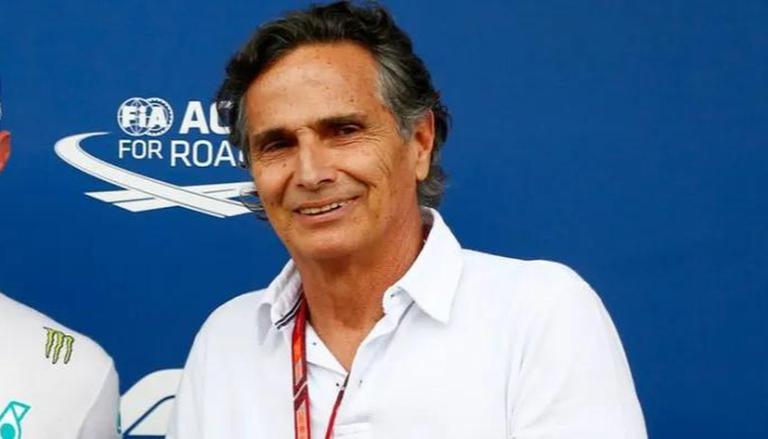 
Problems seem to be increasing for retired Formula One champion Nelson Piquet who now faces serious consequences over his racial slur on Lewis Hamilton. The 69-year-old Brazilian had made the comments about Mercedes driver while discussing a crash between seven-time champion Hamilton and Max Verstappen during last year’s British Grand Prix. As per the report, Nelson Piquet could face a long-term jail besides a hefty fine.

According to a report by express.co.uk, the three-time F1 World Champion is being accused of a 'racial crime' by three MPs in Brazil. Though Piquet apologised to Lewis Hamilton for his comment the Brazilian MPs are working to send him to prison after lodging a formal complaint. The report also says that the trio are hoping Piquet will be charged for his racist comments, but it's unclear whether an investigation has begun.

The report has named Aurea Carolina, Taliria Petrone and Vivi Reis, representing the left-wing Socialism and Liberty Party, who have taken the case to prosecutors. While the trio are yet to comment on the report specialist lawyer Renan Gandolfi believes that Nelson Piquet could face up to three years in prison and a hefty fine if a criminal probe is launched and he's convicted.

Hamilton took to his official Twitter handle on Tuesday evening and revealed how he has been subject to similar abuses since his childhood. “It’s more than language. These archaic mindsets need to change and have no place in our sport. I’ve been surrounded by these attitudes and targeted my whole life. There has been plenty of time to learn. The time has come for action,”

READ | 'Why are we giving older voices a platform': Lewis Hamilton on Nelson Piquet's racist slur

According to a report by Associated Press a Brazilian judge has ordered an investigation into Nelson Piquet using racist and homophobic slurs about Lewis Hamilton. The former driver will have 15 days to state his case to the judge. The report states that charges were brought by four human rights groups, which want three-time world champion Piquet to pay 10 million Brazilian reals ($1.86 million) for allegedly causing moral damage to Black and LGBTQ people.

Ahead of the British GP, Mercedes star Lewis Hamilton while speaking on Nelson Piquet's comment said that the older voices should no longer be given a platform. He said, "I don't know why we are continuing to give these older voices a platform. They're speaking upon our sport and we're looking to go somewhere completely different. If we're looking to grow in the US, other countries, South Africa, we need to look to the future and give the younger people a platform, who are more representative of today's time".

READ | 'Discrimination has no place in F1': Nelson Piquet apologizes to Lewis Hamilton over 'ill thought out' comment

He further said, "It's not just about one individual, it's not about the one use of that term, it's the bigger picture. It just comes back down to F1, and the media, we should not be giving these people a platform. Discrimination is not something we should be projecting and promoting, giving a platform to divide people. We need to be bringing people together, we are all the same."