How to watch Mayweather vs Logan Paul live? The highly-anticipated bout between Mayweather and Paul takes place on Sunday, June 6 at the Miami Gardens. 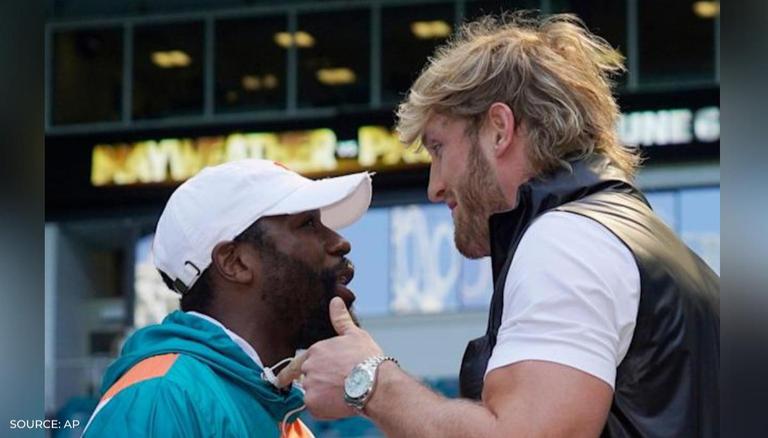 Floyd Mayweather returns to the boxing ring on Sunday, June 6 as he fights YouTube star Logan Paul in a lucrative exhibition contest in Miami Gardens, Florida. This divisive bout was originally due to take place in February, only to be postponed as the result of coronavirus restrictions. Here's a preview of the highly-anticipated bout between Mayweather and Paul, which is scheduled to commence at 8:00 PM ET (Monday, June 7 at 5:30 AM IST).

Boxing legend Floyd Mayweather returns to the ring this weekend as he fights YouTube star Logan Paul in a lucrative exhibition contest in Miami. It's been six years since Mayweather called time on his illustrious and undefeated boxing career, but the former five-weight and 12-time world champion was later tempted back for a money-spinning crossover clash with UFC superstar Conor McGregor and an emphatic win over Japanese kickboxer Tenshin Nasukawa.

The faceoff is over when Mayweather says it’s over 👀 @FloydMayweather wouldn’t let @LoganPaul take a step back or break eye contact during today’s stare down.

Mayweather has now been enticed back into the sport once more by an eight-round showdown with Logan Paul, a famous YouTuber, internet personality, actor and podcaster who, along with younger brother Jake, has taken up professional boxing. However, unlike his younger brother, who has amassed three straight wins in impressive fashion, Logan’s only pro bout to date came with the six-round rematch of his draw with fellow YouTube star KSI, which he lost via split decision in Los Angeles in November 2019.

Mayweather, who retired with a 50-0 professional record, has never lost a bout and even won an exhibition bout against Tenshin Nasukawa in 2018. However, Sunday's fight isn't going to affect Mayweather's undefeated record one way or the other. Meanwhile, Paul, who rose to fame on YouTube, has only one boxing match on his resume: a six-round loss to fellow YouTuber KSI in 2019.

Paul clearly has less experience in comparison to Mayweather, but he's 26 years old and is 6'2", while Mayweather is 44 and 5'8". Paul will be hoping age and ring rust allows him to catch his opponent with a devastating punch, however, our prediction is a win for Mayweather.

Fans can watch the Floyd Mayweather vs. Logan Paul broadcast on Showtime pay-per-view for $49.95 in the United States. The event will be available online at Showtime.com and Fanmio.com. In the United Kingdom, the fight is available on Sky Sports Box Office at a price of £16.95. There will be no live broadcast or live stream of the bout in India.