A 101-member Indian Army contingent will be participating in International Army Games 2021, scheduled to be held in Russia from 22 August to 4 September. 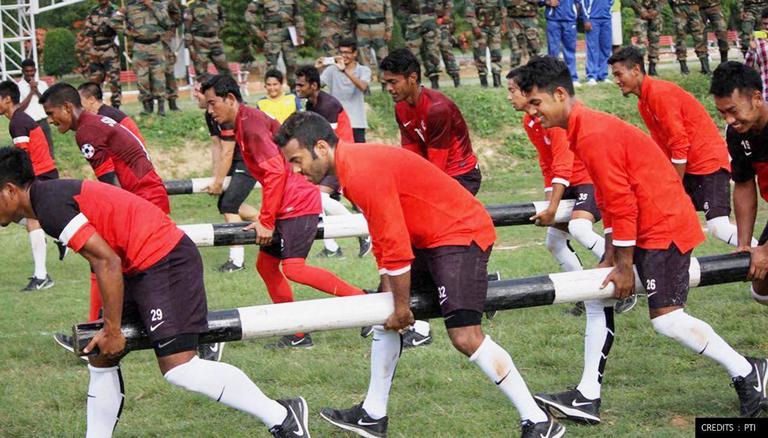 
A 101-member contingent of the Indian Army will participate in International Army Games 2021 that is scheduled to be held in Russia from August 22 to September 4. This has officially been confirmed by the Ministry of Defence according to news agency ANI.

A 101-member contingent of the Indian Army will participate in International Army Games- 2021 in Russia from 22 August to 4 September: Ministry of Defence pic.twitter.com/74CIQnJGoZ

Meanwhile, it has been learned that the Indian contingent will be participating in the Army Scout Masters competition, Elbrus Ring, Polar Star, Sniper Frontier, and Safe Route games showcasing various drills in high-altitude area terrain, combat engineering skills, operations in snow, sniper actions in obstacle-ridden terrain in the various competitions.

"The contingent will also contribute two observers (one each) for the Open Water and Falcon Hunting games in which Pontoon Bridge laying and UAV crew skills will be showcased by the participating teams," the  Press Information Bureau press release stated.

The main aim of organising the International Army Games is to promote military to military cooperation while building upon the best practices of participating nations.

The International Army Games is an annual Russian military sports event organized by the Ministry of Defense of Russia (MoD). The event is also known as the 'War Olympics'.  It was first organised in August 2015 and the event witnessed close to 30 countries taking part in dozens of competitions over two weeks to prove which is the most skilled. Meanwhile, this will be the seventh edition of the event as well.

READ | Neeraj Chopra says 'I am an Army man', opens up on his sports journey and future goals

The Ministry of Defence press release also stated that the  Indian Army contingent has been selected out of the best from various arms after three levels of screening. Furthermore, it read it is a clear reflection of the level of 'professionalism' of the Indian Army amongst the world Armies.

Meanwhile, India stood first amongst the eight countries that had competed in Army Scouts Master Competition 2019. India had co-hosted the event in Jaisalmer.