Split within the Indian Olympic Association is now wide open. Not only the top two positions in the organization -- President Narinder Batra & Secretary Rajeev Mehta -- don't see eye to eye - but exchange emails humiliating each other on the issue of resumption of sporting activities in the country.

While Batra is in favour of opening up of all sporting facilities and has come out with Standard Operating Procedure (SOP) for federations and athletes to follow, the Secretary has warned of any such action taken in haste.

Republic TV accessed the exchange of letter between the two top officials that expose not just rift but a deep sense of sarcasm against each other. 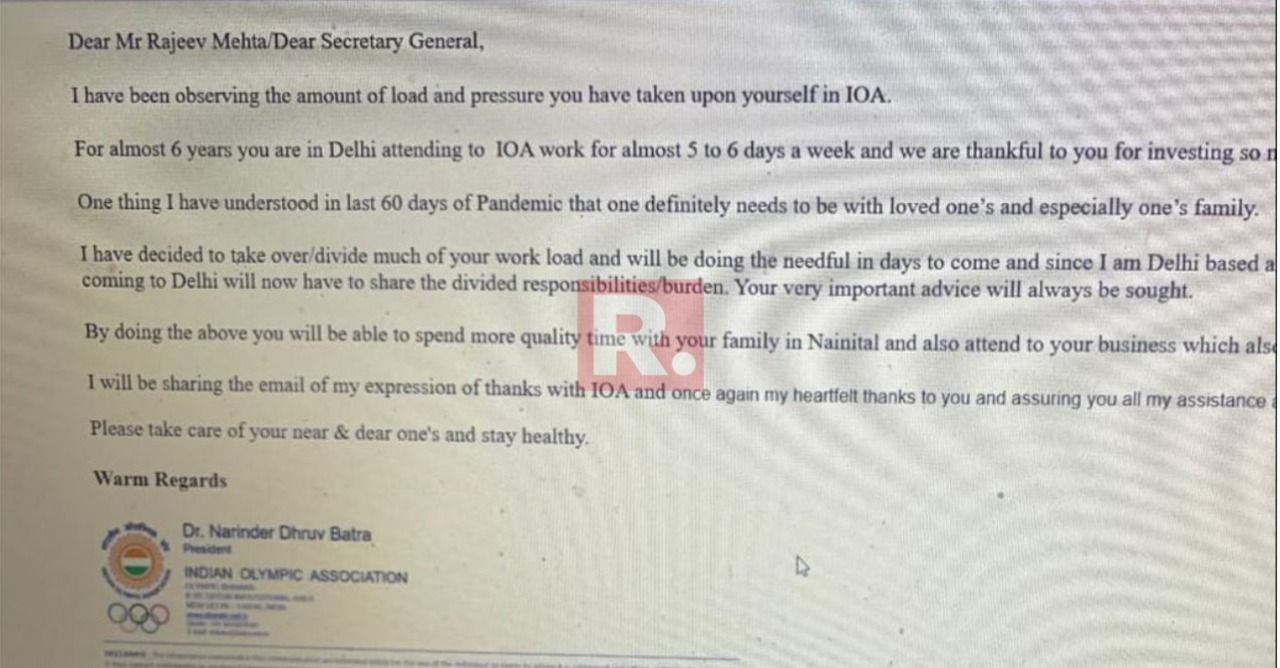 While IOA secretary charged IOA president saying: "It's not the time. Why so hurry? Let's wait. In any case, it's not a proper sports season. Olympic is postponed to next year July. So what is the compelling reason to restart the games so early when the cases are rising? It is not right to force them to restart training. Who will be responsible if someone gets infected with the virus?"

When asked, Batra explained the power of the president and said he was well within the limits of the IOA Constitution. "I am not rushing as I have only asked for suggestions from NSFs and SOAs. No one is in haste. There will be discussions and things will be followed after a general agreement if not consensus."

Interestingly, both President and Secretary want to take power away and pack each other home.