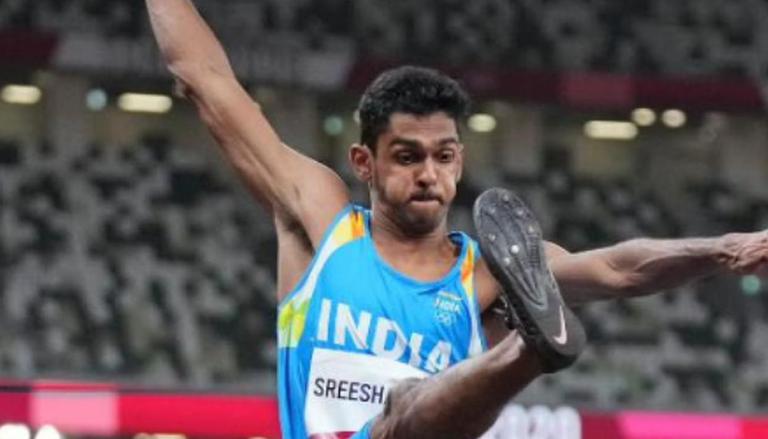 
Indian athletes have been training and competing in Europe over the last few weeks and the results have been pretty evident with the results they have achieved at various events. Tokyo Olympian long jumper Murali Sreeshankar continued his golden run in athletics after clinching his second yellow metal during an athletic event in Greece. Murali Sreeshankar bagged a gold medal with a 7.95m jump at Venizeleia-Chania 2022 athletics meet on Sunday. Murali Sreeshankar wins gold after beating France's Jules Pommery and Erwan Konate, who secured the silver and bronze medals with jumps of 7.73m and 7.71m respectively on Sunday.

Murali Sreeshankar has already qualified for the World Athletics Championships 2022 with a national record jump of 8.36m in April. Earlier in the month, the 23-year-old won the long jump event in Kallithea, Greece with an 8.31m jump. Sreeshankar warmed up on Wednesday evening with jumps of 7.88 and 7.71 metres before leaping 8.31 metres.

Earlier  The Kerala athlete logged 8.14m and 8.17m at the season-opening Indian Open Jumps Competitions in Thiruvanthapuram before breaking his own national record at the Federation Cup in Kozhikode after a close battle with Tamil Nadu's Jeswin Aldrin.

Jyothi Yarraji on the other hand won a silver medal at the IFAM Oordegem 2022 meet at Oordegem, Belgium, on Saturday. The 22-year-old athlete from Andhra Pradesh clocked 13.19s in the World Continental Tour (Challenger) event. Zoe Sedney of the Netherlands took the gold in 13.18s. Jyothi had earlier clocked 13.26 in the heats.  The 22-year-old also smashed the women’s 100m hurdle national record for the third time in two weeks at the De Harry Schulting Games 2022 in Vught, the Netherlands.

The Andhra athlete, who trains under James Hillier at Reliance Foundation Odisha Athletics High-Performance Centre in Bhubaneswar, had bettered Anuradha Biswal’s national mark of 13.38 which had stood since 2002. She achieved the feat a month after her national record effort was not counted due to wind assistance beyond the legal limit. She had clocked 13.09 seconds during the Federation Cup in Kozhikode last month but it was not counted as the national record as the wind speed was +2.1 m/s, more than the permissible +2.0 m/s.