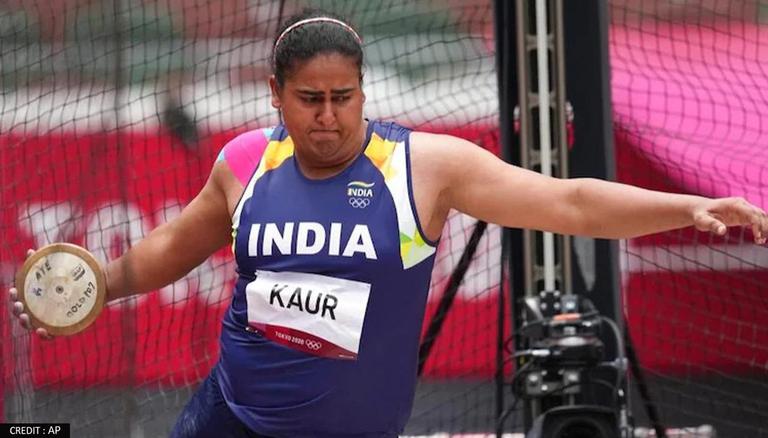 
India's star discus thrower Kamalpreet Kaur on Monday failed to make it to the podium and ensure another medal for India at the Tokyo Olympics. Kamalpreet Singh tried her level best and used every thing in her locker but it proved insufficient.

In the first round in which a total of 12 athletes, Kamalpreet's first aim was to make it to the round 2  by being within the top 8. Her scores in the discus throw final read 61.62 (first throw). Kamalpreet Kaur was not happy with her second throw which was around the 60m mark; however it was termed as foul. Kaur's third throw was 63.70m which was under immense pressure as she had slipped from the top 8. However, the third throw pushed Kamalpreet to number 6 among the top 8. The top 8 were given another three throws.

Kamalpreet however did not start the top-8 up to the mark as she wasted her first throw with a foul, had a second throw of 61.37m, and the third throw was a foul.

On the other hand, USA's Valarie Allman won gold medal. In the first round (Top 12) her first throw touched went to a distance of 68.98 meters (Gold), before two consecutive fouls. In her second round at the final 8 stage, Valarie Allman scored 64.76m, 66.78m and ended with a foul.

As each athlete was at two throws each in the first round, the discus throw final was hit by rain. At that point the Tokyo Olympics management tried to continue the match, however, as many as three athletes slipped into the circle and their discus throw went wrong. When the drizzle became too strong, the management stopped the event.

However, the athletes who slipped during the throw were given another chance.