In a proud moment, India's Nishad Kumar on Sunday clinched a silver medal in the final event of the High Jump T47 category and equaled his Asian record 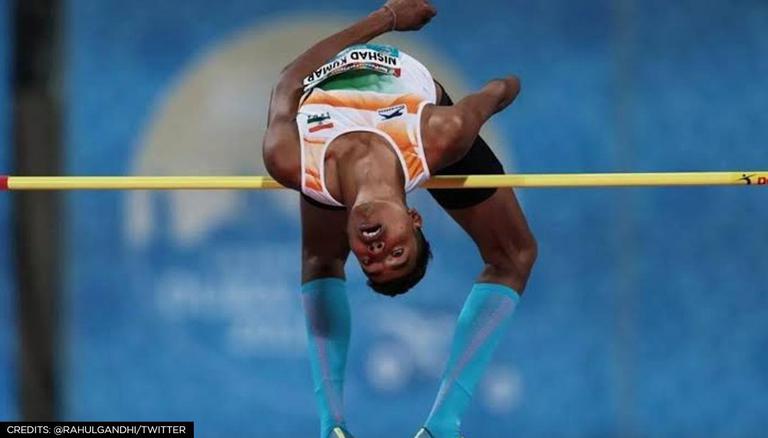 
In a proud moment, India's Nishad Kumar on Sunday clinched a silver medal in the final event of the High Jump T47 category. With this, India has won its second medal at the Tokyo Paralympics. Nishad Kumar clinched silver with a high jump of 2.09m and also the Asian Record set by him in 2021. Before Nishad Kumar, Bhavinaben Patel scripted history and won silver in Table Tennis.

What a brilliant performance by Nishad!
Many congratulations to our champ!!! #Praise4Para#Cheer4India pic.twitter.com/Mu07fk3glb

Nishad made a jump of 2.06m and as a result, he sealed the silver medal. In the event, Nishad also went on to create an Asian Record and the event turned out to be a good affair for the Indian para-athlete.

USA's Roderick Townsend and Dallas Wise won gold and bronze medals respectively. Townsend made the jump of 2.15m while Wise recorded a jump of 2.06 m. Nishad and Wise both finished on the same mark, but Nishad had crossed the 2.02 mark in his first attempt while Wise took two, as a result, Nishad won silver. India's Rampal Chahar finished at the fifth spot with a jump of 1.94m.