Olympics news: The Beijing Olympics 2022 is in serious jeopardy after activists are pushing for a full-blown boycott due to the human rights abuses in China. 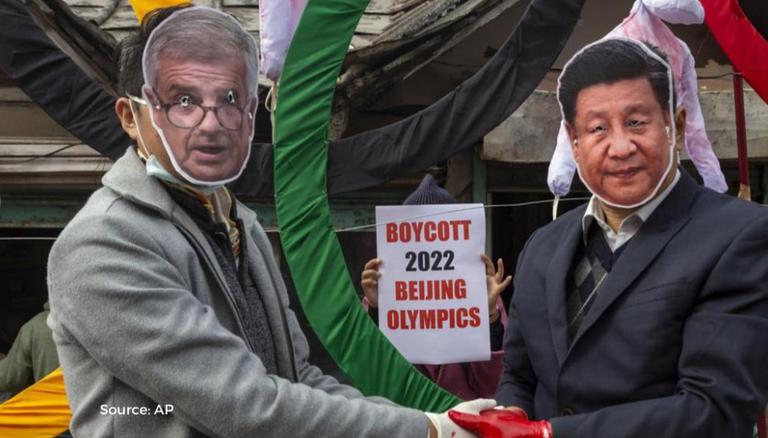 
The Beijing Olympics 2022 is in serious doubt after groups alleging human rights abuses against minorities in China are calling for a full-blown boycott. This move is likely to increase severe pressure on the International Olympic Committee (IOC), athletes, sponsors and sports federations. Here is the complete account of China's human rights issues and the reasons behind groups calling for a boycott of the 2022 Winter Olympics in Beijing.

China human rights issues: Why are groups calling for a full-blown boycott of Beijing Olympics 2022?

On Monday, a coalition representing Uyghurs, Tibetans, residents of Hong Kong and others issued a statement calling for the boycott of the Beijing Olympics 2022. In an exclusive interview with the Association Press, Lhadon Tethong of the Tibet Action Institute said that the time for talking with the IOC was over and that the Games could not go ahead as planned. The Beijing Games are scheduled to being on February 4, 2022, just six months after the postponed Tokyo Olympics are to end.

Courageous human rights groups are standing up to the authoritarian #CCP & saying enough. It's shameful the IOC has put athletes in a position to violate their values.

We can't embolden the CCP by rewarding them with the Olympics. #BoycottBeijing2022https://t.co/5d8eBKWICV

Tethong was detained and deported from China in 2007, a year before the Beijing Summer Olympics, for leading a campaign for Tibet. Tethong said that the situation they were in now was evidently worse than what it was, pointing out that the IOC said that the 2008 Olympics would improve China human rights issues. She added that if the Games were to go ahead as planned, then Beijing would get international approval for what they are doing.

This push for a boycott of the Beijing Olympics 2022 comes a day before a joint hearing in the U.S. Congress, focusing on China's human rights record, and just days after the United States Olympic and Paralympic Committee said boycotts are ineffective as they only hurt athletes. Meanwhile, Tethong added that the people had worked with the IOC in good faith to help them understand the ground reality from those most impacted, but the IOC was not interested in what the real impacts were. The IOC has repeatedly asserted that they are 'neutral' and stay out of politics.

While the Chinese foreign ministry criticized the politicization of sports and denied accusations of genocide against the Uyghur people, a recent U.S. State Department report explicitly stated the genocide against Muslims Uyghurs and other minorities in the western region of Xinjiang. Moreover, last week even human rights groups led by the United States, Great Britain and Germany accused China of human rights abuses against the Uyghur minority. Barbara Woodward, Britain's U.N. ambassador had labelled the China human rights issues as one of the worst crises in our time. With pressure continuously increasing on the IOC to cancel the Beijing Olympics 2022, it remains to be seen what decision is taken.

The moral question of whether an event should be held in a host nation that is committing genocide is often that comes to one's mind. Because human rights abuses are such a pressing issue and have gained more importance over the years, the IOC included human rights requirements several years ago in the host city contract from the 2024 Paris Olympics onwards. Paris will be the first Olympics to ensure that these standards are met.