After the crash between Hamilton and Verstappen, the red flag allowed Mercedes to repair their car and Hamilton to win according to their engineering director. 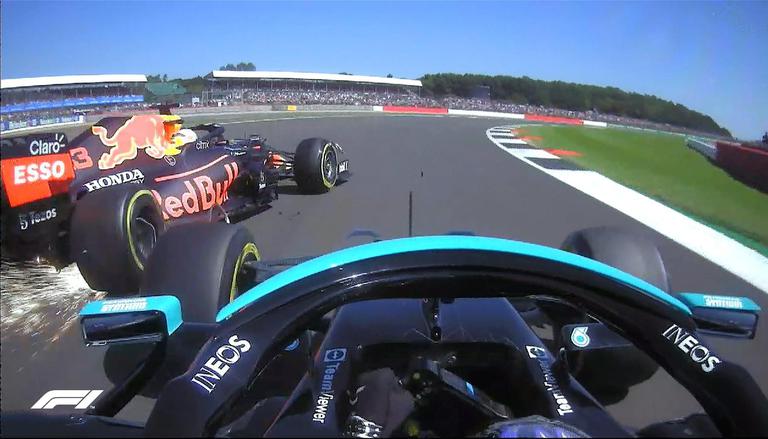 
The rivalry between Red Bull's Max Verstappen and defending Formula 1 champion Mercedes' Lewis Hamilton will only intensify as the season progresses after the incident at the recently concluded British Grand Prix. Current championship leader Verstappen was taken to hospital following a collision with Hamilton during the race but released later without any serious injuries.

The British driver however went on to win the British Grand Prix at Silverstone for a record eight-time on Sunday, despite a ten-second penalty for the collision. Verstappen crashed out at speed, with the damage to the tyre wall requiring a lengthy pause.

The red flag period allowed Mercedes to inspect Hamilton's car closely and detect potential damage to the front left wheel rim that had not otherwise been obvious.

"That would have been a DNF (did not finish) had it (the race) not been red-flagged," said Mercedes trackside engineering director Andrew Shovlin according to ESPN.

Hamilton was handed a 10-second penalty for the collision but raced back to seize the lead from Ferrari's Charles Leclerc with two laps to go and win the race. Shovlin said Hamilton's radio comments reflected the situation.

"You can hear it in his voice and in what he's saying on the radio; you just get this switch where he knows in his head he's going to do it today," he added.

"To be honest, it was really nice sitting on the pit wall just watching that final stint unfold because it was a great win and a well-deserved win for Lewis."

Lewis back in garage, while outside in the pit lane his car undergoes repairs#BritishGP 🇬🇧 #F1 pic.twitter.com/kbQlkCW3r6

Lewis Hamilton had dropped from second to fifth after he served his ten-second penalty, picked up two spots when he returned to the track, and then Mercedes teammate Valtteri Bottas was ordered to move out of Hamilton’s way.

It gave him 11 laps to chase down leader Charles Leclerc in a Ferrari and Hamilton made the pass for the win with just two laps to go, and on the same corner where he had tangled with Verstappen. The British driver was cheered on to his eighth career victory at Silverstone by the passionate home fans, who also gave him a standing ovation.

Hamilton, who then drove a victory lap brandishing the British flag, cut the gap to Verstappen in the drivers' championship from 33 points to seven.