'Yes, yes, why not?': Mary Kom Ready To Make A Comeback After Olympics Heartbreak; Insists 'I Can Play Till 40'

With MC Mary Kom's exit at the Tokyo Olympics ending in controversial circumstances, the Indian boxing legend is in no mood to hang up her boots & gloves 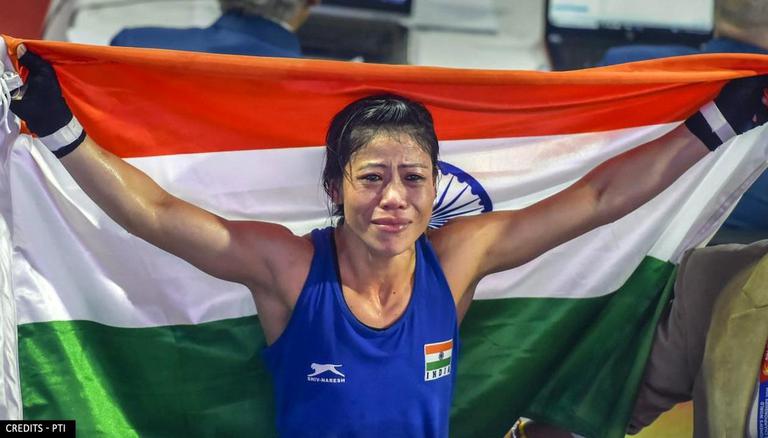 
With MC Mary Kom's exit at the Tokyo Olympics ending in controversial circumstances, the Indian boxing legend, while disappointed, is in no mood to hang her boots. Kom suffered a nail-biting 3-2 defeat to Colombia's Ingrit Valencia in the Round of 16 last week at the Kokugikan Arena despite winning the last two rounds as per the majority of the judges' cards. In her latest interview, she revealed her intentions of making her comeback, mentioning that she could fight until she is 40-years old.

While speaking to ANI, 38-year-old MC Mary Kom was asked about her plans of making a comeback. Kom replied, "Yes, yes. Why not? I still have the age. I can play till 40." After winning the last two rounds of her match-up, Kom believed that she had won the bout, only to hear the heartbreaking verdict of the judges much later which she called 'cheating' in an emotional interview with Republic TV later that day.

In her interview with Republic, the Indian boxing legend said, "It was a manipulated (decision) and cheating. I won the first 2 rounds (in the Round of 16 clash) and then how can I lose the match. I want to apologise to the country. Before the bout, the official came to me and said you can't wear your own jersey. In the 1st match, I wore the same jersey and nobody complained. They should tell us before and check our playing kit. That's mental harassment. Why did they only say to us, not to any other country?"

Despite her heroics and accolades in the sport for India, the six-time world champion apologized to her fans for not winning a medal at the Tokyo Olympics after being left speechless following her defeat. Kom said, "I feel very bad coming back with no medal. I wanted to come back with a medal. It wasn't unfortunate also, I don't know what to say.

In an exclusive interview with RepublicWorld, Mary Kom revealed her future plans, citing that she was not done yet. The Indian boxing legend said, "Asian Games is not very far, I will prepare for that. My hunger is not finished yet. Every athlete should have that hunger so that in our life we will achieve something, and everyone wants that." The next Asian Games are likely to take place in Hangzhou, China in 2022.