Verstappen is now on top of the Drivers' World Championship race as he secured his 8th win of the season. Verstappen is 12 points ahead of Lewis Hamilton. 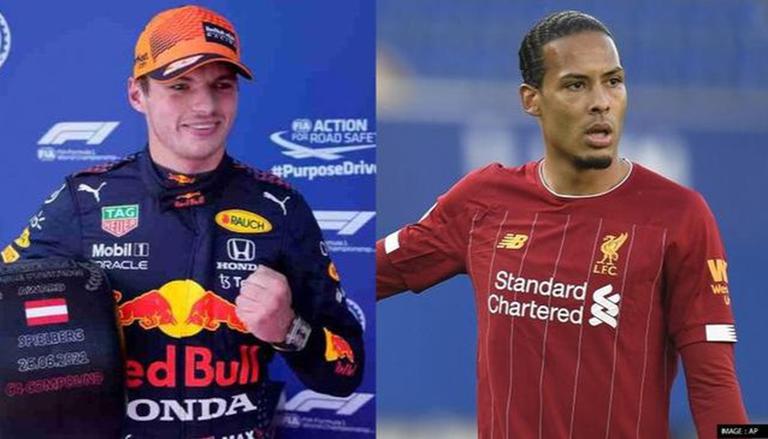 
The Netherlands racer Max Verstappen beat Lewis Hamilton to win the United States Grand Prix in Austin, Texas. Verstappen has been receiving congratulatory messages from all over the world. Amongst those who showered praise on Verstappen after the race was his fellow countryman and Liverpool defender, Virgil van Dijk. The footballer turned to Twitter to hail Verstappen for winning the race in America. Verstappen has now responded to Dijk's message stating that Liverpool had destroyed Manchester United.

What a race! @Max33Verstappen 🔥🔥🇳🇱

Verstappen, while speaking to Sky after the race, said "Yes, I watched the match. Manchester United was destroyed. Really good defence." Verstappen is now on top of the Drivers' World Championship race as he secured his eighth win of the season in Austin. Verstappen is 12 points ahead of Lewis Hamilton, who finished second on the podium in the US Grand Prix.

As far as Liverpool is concerned, the Anfield-based team hammered Manchester United in their own backyard on Sunday as they won the Premier League game by 5-0. Liverpool registered its greatest victory at Old Trafford in nearly 100 years. Liverpool's star forward Mohamed Salah scored a hat-trick as United, for the first time in Premier League's history, were 4-0 down before the half-time break.

Liverpool are currently in great form having won both of their last two Premier League matches by a 5-0 margin, first against Watford United and then against Manchester United. The Jurgen Klopp-led side is at number two position in the points table, just below Chelsea with a difference of one point.

Manchester United, on the other hand, started the 2021-22 season as one of the favourites to win the competition; however, four winless games in nine matches saw them drop down to the seventh position in the points table. Manchester City (3rd), West Ham (4th), and Brighton (5th) are other teams in the top five rankings.

WE RECOMMEND
Verstappen would have 'punched' Hamilton 2 years if similar crashes occurred: Ex-F1 racer
F1: Lewis Hamilton reveals he called Verstappen after British GP crash; 'I am older...'
Max Verstappen irked after he's asked about potential contact with Hamilton into turn one
F1: Max Verstappen opens up on title pressure; says life isn't going to change if he loses
'Max vs the World': Verstappen has led more laps this F1 season than all drivers combined
Listen to the latest songs, only on JioSaavn.com