Here is a look at how France superstar Kylian Mbappe reacted to Max Verstappen's imitation of his celebration after an iconic French Grand Prix 2021 win. 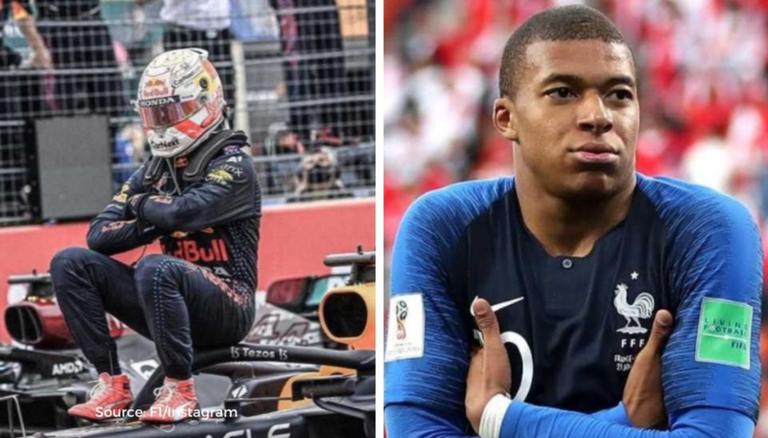 
F1 returned to the famous Circuit Paul Ricard with a bang this year and so did Red Bull Racing's Max Verstappen. Although the Dutchman did not have the cleanest of starts from pole position, he drove a fantastic race from thereon. And coupled with some fantastic strategy from his team, he eventually won the French Grand Prix 2021. Here is a look at how France's Kylian Mbappe reacted to Verstappen's celebration after the win.

Max Verstappen is a well-known fan of football and has also followed his national side closely during their Euro 2020 campaign. Prior to the French Grand Prix 2021, Verstappen also put out a post in support of the Dutch team prior to their Euro 2020 game against Austria. And now it seems he has performed the trademark celebration of France's superstar, Kylian Mbappe. Mbappe seemed to have been delighted to see the Red Bull Racing driver perform his celebration as he congratulated him on a fantastic victory.

Kylian Mbappe and Max Verstappen seem to be fans of each other as this was not the first time that the two were seen together. Earlier this year, Mbappe and his French football teammate Ousmane Dembele were seen congratulating the Dutchman at his apartment for his Monaco Grand Prix victory. While writing the caption for his post, the Red Bull Racing driver also joked that both Mbappe and Dembele were a part of his FUT (FIFA Ultimate Team).

How to watch France Euro 2020 games live in India?