In Michael Schumacher's documentary, the F1 legend's wife Corinna reveals that her husband is still battling to recover from his tragic brain injury. 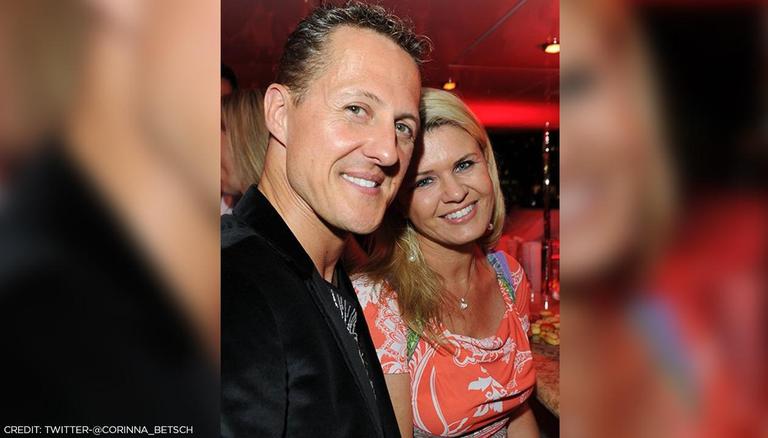 
Fans are waiting in excitement for Michael Schumacher's documentary, which is set to release on 15 September 2021. In the documentary, the F1 legend's wife Corinna reveals that her husband is still battling to recover from his tragic brain injury. Schumacher suffered a head injury in a skiing accident in December 2013 when his head hit the rock.

There have been only very few updates on the seven-time Drivers' Champion's health as the family preferred to keep the details private. Most of the updates regarding Schumacher's health have been provided by a close friend, Jean Todt, who is the current FIA president. The latest update that Todt provided was that the German legend's health would 'slowly and surely improve.'

In the trailer of the upcoming documentary, Michael Schumacher's wife Corinna is seen providing an update on her husband's health. She says"Michael is here. Different, but he's here, and that gives us strength. He still shows me how strong he is every day. We live together at home. We do therapy. We do everything we can to make Michael better and to make sure he's comfortable. And to simply make him feel our family, our bond. And no matter what, I will do everything I can. We all will. We're trying to carry on as a family, the way Michael liked it and still does. And we are getting on with our lives."

Corinna also added why the family prefers to keep updates of Michael Schumacher's health private. "'Private is private', as he always said. It's very important to me that he can continue to enjoy his private life as much as possible. Michael always protected us, and now we are protecting Michael."

Earlier this year, Netflix had announced that they would release Michael Schumacher's documentary on September 15 this year. The documentary will feature an insight into Schumacher's private life with videos and interviews of family members. The Netflix documentary, which is approved by Schumacher's family, will also include exclusive interviews with Corinna and the two children, Gina and Mick. Mick Schumacher is currently driving for Haas F1 and has achieved a best finish of 12th at the Hungarian Grand Prix.