It was on August 11, 1929, that George Herman Ruth, known as 'Babe', hit the landmark home run against Cleveland Indians, while he was playing for the New York Yankees. The bat which was used by the legendary baseball player to score his 500th home run was sold at auction for more than $1million (£746,000). According to reports in Sky, the bat was was sold by SCP Auctions to an unidentified buyer at an auction in California last weekend.

Babe Ruth is regarded as one of the sport's greatest players and his possessions have always received a higher value. According to the report, another Ruth bat which he used to hit the first home run in 1923 was sold for nearly $1.3million (£970,000) in 2004. In the 1940s, Ruth gifted the bat to a friend, whose family hid it away for decades. According to David Kohler, President of SCP Auctions said. Possessions connected to Babe Ruth have proved highly valuable in the past, often selling for millions of dollars. He also said that a jersey which Ruth wore in the 1920s and 30s was snapped up for $5.64 million at an auction in July, making it the most expensive piece of sports memorabilia ever sold. 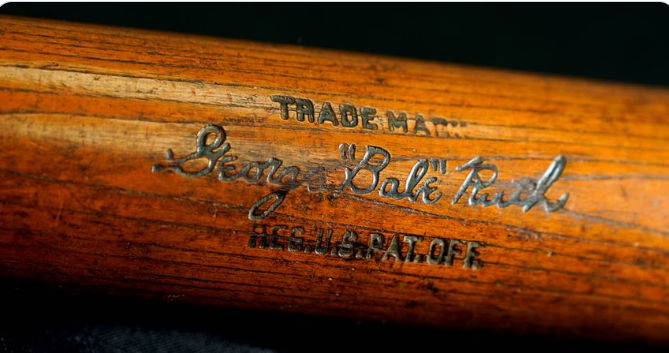 Babe Ruth, who was called as Sultan of Swat, gifted the 500th home run bat to his friend Jim Rice, the former mayor of Suffern, New York. Before going under the hammer on Saturday, the bat gathered dust for three decades in a cupboard in the home of Mr Rice's only son, Terry. Speaking to American Media, Mr Rice's son said he felt anxious about displaying the bat or telling his friends about it, fearing it might be stolen. He added that it just seemed time to sell the piece of sporting history.

Babe Ruth hit 714 home runs in a 22-season career with the Boston Red Sox and New York Yankees before retiring in 1935. He won seven World Series and is one of only three players in baseball history to have hit 700 home runs or more. He was the first player to hit 30, 40, 50 and 60 home runs in a single Major League Baseball season.