Here is the similarity between this year's Monaco Grand Prix and the Monaco GP 2011 podium and details of the F1 standings and the next F1 race. 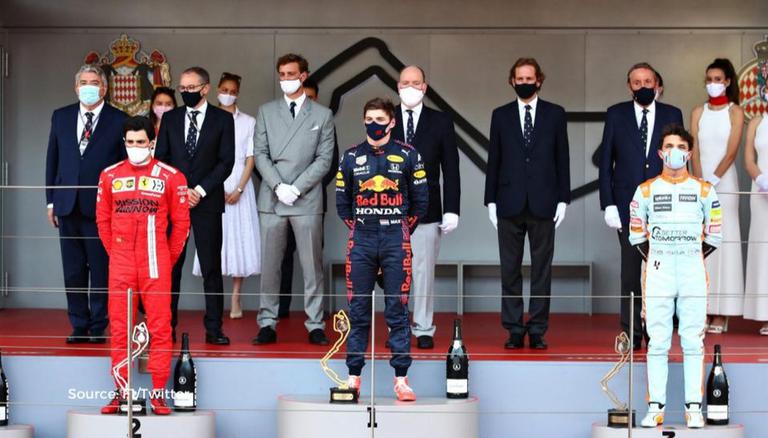 With Ferrari's Charles Leclerc unable to start from pole position due to an issue with the left driveshaft before the race Red Bull's Max Verstappen effectively started from the front of the grid. The Dutchman drove a flawless race and won the Monaco GP 2021 from Ferrari's Carlos Sainz in second place and McLaren's Lando Norris a place behind. With Mercedes' Lewis Hamilton only finishing seventh, Max Verstappen and Red Bull also took the lead in the F1 standings. Verstappen (105) leads Hamilton (101) in the F1 standings by four points while Red Bull (149) leads Mercedes (148) by one point.

With Mercedes F1 having dominated F1 for the past seven seasons fans have gotten accustomed to seeing a Mercedes driver on the podium. Mercedes F1 have won both the Driver's and the Constructors' Championship for the past seven seasons. However, at this year's Monaco Grand Prix, not only were Mercedes not on the podium but this was the first time since 2011 that Red Bull, Ferrari and McLaren shared the podium together. Red Bull's Sebastian Vettel finished at the top of the Monaco GP 2011 podium with Ferrari's Fernando Alonso finishing in second place and McLaren's Jenson Button in third.

Five races have so far been completed on the F1 2021 calendar with Mercedes' Lewis Hamilton winning three of them while Red Bull's Max Verstappen won the other two. The next F1 race on the calendar is the Azerbaijan Grand Prix in Baku from Friday, June 4 to Sunday, June 6. With the F1 2021 calendar having the most number of races (23) in the same year, it suggests that this year could be one of the most exciting seasons for the fans in a long time.