National school-level boxing medalist sheds light on the hardships, sportspersons face in their lives in the pursuit of their livelihood. 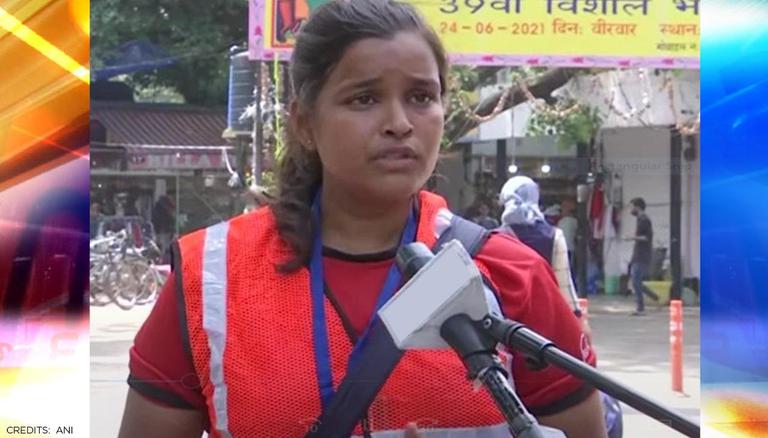 
Once a promising boxer, Ritu, embodies her desire to play for the country if given a chance at the sport again. Ritu who won a bronze medal in National School Boxing Championship now works as a parking assistant to sustain her family. The bronze medalist has been forced to this career decision owing to the family’s financial hardships. She earns her salary by issuing parking slips at a parking area in the Shastri Park area of Chandigarh.

The desire of playing for India in the Olympics

Ritu, in a conversation with ANI, said, “I developed an interest in boxing when I was in class 10. Later, I started participating in tournaments at the state and national levels. I also participated in volleyball and wrestling at the national level.” When asked the reason why she did not choose sports as a career, she said, “My father fell ill and could not work anymore. I had to work on daily wages to support the family. I asked for help from my sports teacher but he said that it was difficult to get support to play at senior level” Ritu said. “I had to leave my studies also. Neither did I get a scholarship nor a job from the sports quota. I had no choice but to quit boxing," the 23-year old added. She said she would definitely consider pursuing a career in the sport, play for the country and win a medal in the Olympics.

Meanwhile, at the Tokyo Olympics 2020, Indian Boxer Lovlina Borgohain from Assam won the bronze medal in the 69-kg category, becoming the third Indian boxer to win an Olympics medal in Boxing after Vijender Singh(2008) and M C Mary Kom (2012). Adding to India’s celebration, Men’s Javelin Thrower Neeraj Chopra won the Gold medal with a throw of 87.58 m in the Tokyo Olympics Men’s Javelin throw event on Saturday. Chopra’s gold medal took India’s Olympics 2021 medal tally to 7 on the second last day of the event. India is also set to begin its Paralympic 2020 campaign as the event commences on August 23 in Tokyo.