On the momentous occasion of National Sports Day, Tokyo Olympics 2020 gold medallist Neeraj Chopra has urged all Indians to stay healthy and play a sport. 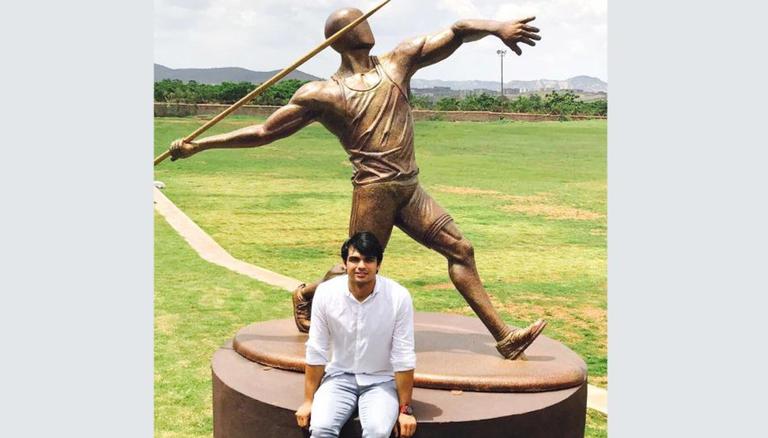 
On the momentous occasion of National Sports Day, Tokyo Olympics 2020 gold medallist Neeraj Chopra has urged all Indians to stay healthy and play a sport. National Sports Day is observed every year on August 29 to celebrate the birth anniversary of legendary hockey star Major Dhyan Chand.

Chand was one of the best field hockey players of his time as he helped India win three consecutive Olympic gold medals from 1928 to 1936. Overall, he helped the country win seven of the eight Olympic gold medals from 1928 to 1964. While the National Sports Day is observed as a tribute to him, the country's greatest sporting honour is also named after him: Major Dhyan Chand Khel Ratna Award.

Taking to his official Twitter handle on Monday, Neeraj Chopra appealed to every Indian to play a sport and to stay active and healthy. The 24-year-old ended his post by asserting his vision of wanting to see India as a great sporting nation. As for him on a personal level, his historic Olympic gold medal in the javelin throw event last year was nothing short of an inspiration to youngsters wanting to pick up sports.

On #NationalSportsDay, I appeal to every single Indian to play a sport, stay active and healthy. Let's make India a great sporting nation! 🇮🇳 pic.twitter.com/9O43aQHDpJ

Last week, Neeraj Chopra made a stunning comeback from injury to win the javelin throw competition at the Lausanne Diamond League with a best throw of 89.08m. With his best throw at the event, Chopra became the first Indian to clinch the prestigious Diamond League Meeting title with a win in Lausanne. Neeraj's throw sequence on the day was 89.08m and 85.18m before skipping the third attempt and making a foul in this fourth.

He also skipped his fifth attempt and then made a throw of 80.04m in his sixth and final attempt. Czech Republic's Jakub Valejch threw the javelin at a distance of 85.88m to claim the second spot while USA's Curtis Thompson hurled 83.72m for the third spot. Neeraj made this brilliant comeback after having missed the recently-concluded Commonwealth Games 2022 due to a groin injury he sustained at the World Athletics Championships.

READ | Neeraj Chopra thanks fans after Diamond League win; 'Happy to receive so much support'