Neeraj Chopra etched history at the Tokyo Olympics 2020 by winning India’s first-ever gold medal in an athletic event. His pinned tweet has since gone viral. 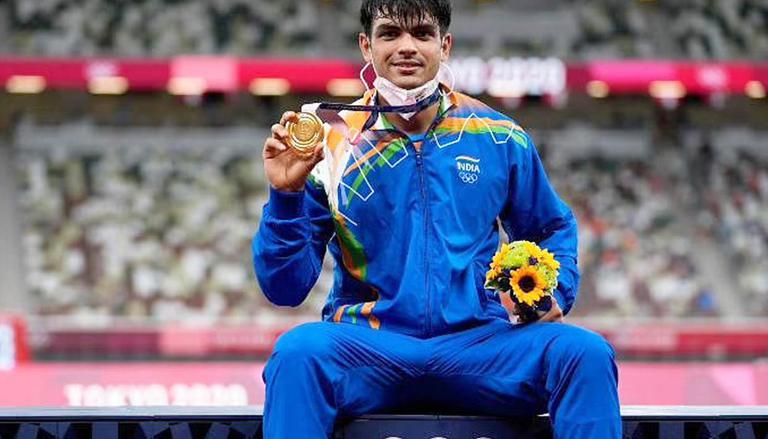 
Neeraj Chopra etched history at the Tokyo Olympics 2020 by winning India’s first-ever gold medal in an athletic event. Chopra, who made his Olympic debut this year has already become a national hero. Interestingly, the 23-year-old knew that he would achieve the heights around four years ago. An Instagram post on the Javelin thrower’s account from 2017 is now going viral for the same reason.

Neeraj Chopra’s gold medal wasn’t an overnight success and the athlete has the proof for the same. Chopra, who debuted in the Olympics as the junior world record holder in Javelin throw, had predicted his own victory four years ago. On June 23, 2017, the athlete had taken to his Instagram to spread his Olympic day wishes.

Celebrating the day commemorating the birth of the modern Olympic Games, Chopra had written that he would make India proud in the Tokyo Olympics 2020. The post has now gone viral after he realised his own words.

The post in which the athlete can be seen practicing a throw has garnered over 18,000 likes till now. The post is proof that the athlete has been working for success for years. Since his gold medal-winning throw at the Olympics, people have rushed to the account and shared the post. While many congratulated him for the feat in the comments, many lauded his determination under the post. A few pointed out that the athlete was merely 19-years-old when he posted the same. "Accomplished what you promised 4 years back," is what a comment read under the post.

READ | Neeraj Chopra says 'not slept or eaten, but when I look at Gold medal it all becomes okay' 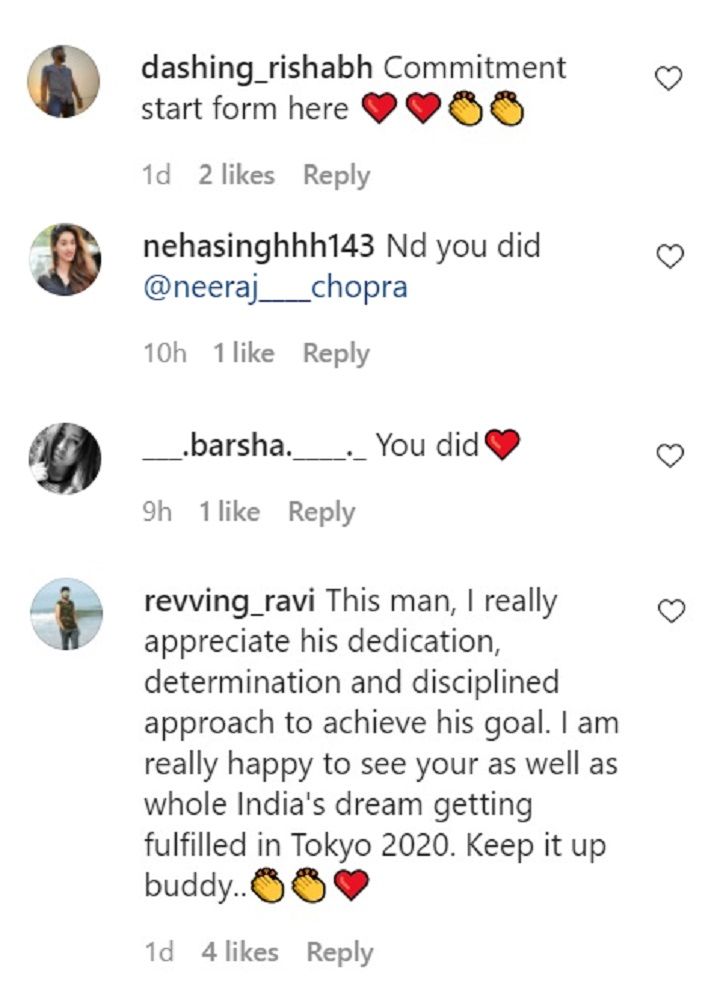 The gold medal winner also had a pinned tweet on his account, where he had written that he will etch his name on the history, with his hard work and success. The tweet has also gone viral. “When the desire to succeed leaves you sleepless when hard work trumps everything else when you never get tired of continuous labour, then you are ready to rewrite history," he had tweeted in Hindi.

Neeraj Chopra won the gold medal in men’s javelin throw ended India's 100 year-long waits of winning a medal in athletics and track sport. Chopra also became India’s second-ever individual gold medallist at an Olympic after the legendary shooter Abhinav Bindra. Chopra, during the event, put forth his A-game from the first round itself when he broke his qualification record with a wonderful throw of 87.03m. It was followed by an even massive 87.58m throw which instantly sealed the hopes for the other contenders. His third throw was a respectable 76.69m. Neeraj's second throw moved him to the second round. In the second first two throws of Chopra were foul and the final throw was around 84 m. PM Narendra Modi, President Ram Nath Kovind and others including celebrities poured in congratulations for the athlete’s historic win. PM Modi in a congratulatory tweet called his passion 'remarkable' and grit 'unparalleled'.

READ | 'You've done what you said': Neeraj Chopra's father on his triumphant return from Olympics