Chopra won the Olympic gold medal after achieving the longest throw of the men's javelin event in just his second attempt. His javelin travelled 87.58 m 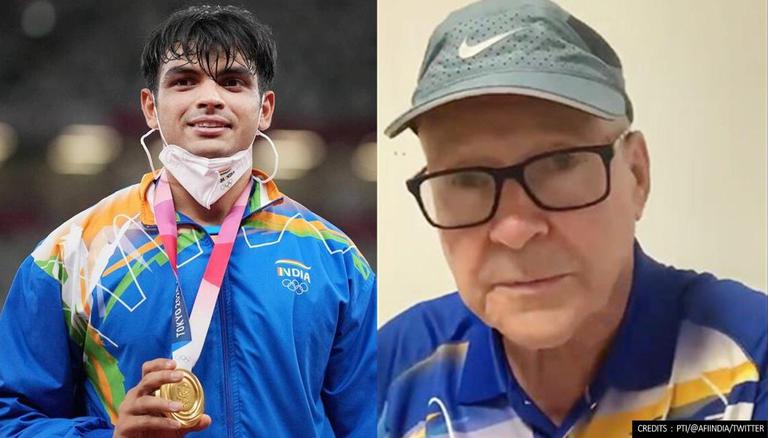 
Javelin thrower Neeraj Chopra's coach Dr Klaus Bartonietz is all praise for the 23-year-old, who scripted history on Saturday by becoming the first Indian track and field athlete to win an Olympic gold medal. Klaus said he felt "overwhelming joy" on his ward Neeraj Chopra achieving the feat at the Tokyo Games. Klaus said he is "proud" of what Chopra has achieved at the Olympics, and pointed out how 'this will bring joy to the people of India who are interested in athletics."

"What to say? I feel overwhelming joy, joy for Neeraj that he could get a medal, not just bronze, not silver, but gold. He became the best javelin thrower in the world. It's a great joy for the Athletics Federation of India and for all the people who are interested in athletics in India," Klaus was heard saying in a video shared by the Athletics Federation of India (AFI) after Chopra's gold-winning performance at the 2020 Tokyo Games.

Klaus is a German biomechanics expert who has been coaching Chopra for the past few years. He was with Chopra at some of the most trying times of the athlete's career, including when Chopra was sidelined due to an injury and had to take time off to recover. During the COVID-19 lockdown, Klaus and Chopra were together and spent their days' training at the National Institute of Sports in Patiala.

Chopra won the championship after achieving the longest throw of the men's event in just his second attempt. No other contender could beat the length till the end of the competition. Chopra threw his javelin 87.58 m in his second try to win India's first gold medal at the Olympics this year. The silver and bronze medals went to Jakub Vadlejch and Vitezslav Vesely of the Czech Republic, respectively.