Neeraj Chopra has been working with Klaus Bartonietz since 2019. He took the sole responsiblity of training the athlete for the recently concluded Tokyo Games. 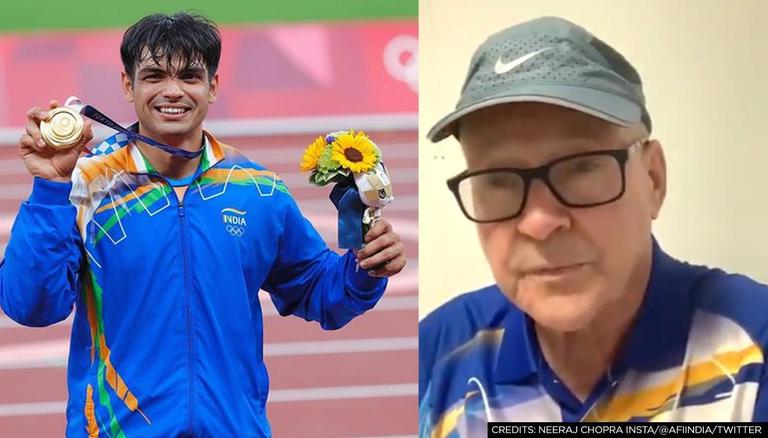 
India’s Olympics gold medallist, Neeraj Chopra, doesn’t have any major flaws in his technique, the main concern for the athletic champion would be to maintain his technical stability, said his coach Kalus Bartonietz. Chopra won India’s only gold medal at the Tokyo Olympics 2020 after throwing the javelin to the distance of 87.58 m. He started training with the German coach Bartonietz in 2019.

In a conversation with PTI, Bartonietz said, “Run-up speed, (not) blocking in correct body position and 'rushing' into the throw as a young powerful athlete, these were the shortcomings I found (at the beginning). The follow-through should be more forward than on sideways. I made him understand and he started understanding the correct way. There was nothing dramatic. The angle of release should be right, you need to know aerodynamics if you want to throw farther. We have to do step-by-step to develop. We have to work all the time on technique and continue and make it stable. You may do well during training but during competitions mental state is different. If you want to do the same thing you have done during training, you have to calm down (during competitions) and be confident.”

The German also praised Chopra for being an all-around athlete who can sprint and jump, as well. He further added that when he took the 23-year-old Olympian under his wings in 2019, he was sure that Chopra is an exceptional talent who could excel in Javelin throwing, internationally. Adding to this, he said, “I was sure, everybody was sure because some people do very well in junior level but worn out later on. But he was going in a sophisticated way (after becoming World Junior Champion). So, everybody was sure he has a bright future.”

Chopra became India's first individual gold medallist in the track and field events at the Olympic games. His gold medal also made him the second individual gold-medallist for India after Abhinav Bindra's golden win at Beijing Olympics 2008. India returned home with a total tally of seven medals from the Tokyo Olympics 2020.