Jwala Gutta-Vishnu Vishal looked their classy best as the newlyweds continued their wedding celebrations with a reception. Pics surfaced on Instagram.


Celebrations continued for Jwala Gutta and Vishnu Vishal after they tied the knot earlier this week. After the traditional rituals, the newlyweds had a gala time at their reception on Friday and pictures surfaced on social media. The star couple was dressed in their stylish best as they entered the newlywed phase at the event held in Hyderabad, attended by their near and dear ones.

’Jwala Vished’ was the hashtag that the couple used to convey their love for each other on the occasion of their wedding. The duo looked dazzling standing below the hashtag, with the bride donning a one-shoulder Indo-Western dress, while the groom chose a printed jacket over a black ensemble.

Right from Jwala’ close pals planting kisses on her cheeks to the Vishnu Vishal posing with his guests, there were numerous fun-filled moments that made their way on Instagram. 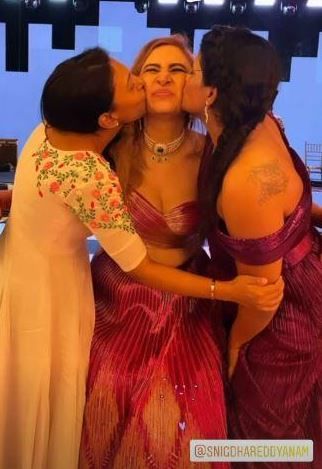 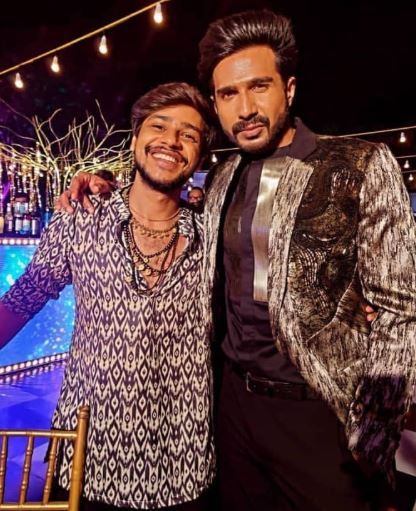 The badminton star and actor had got married on April 22. In an announcement shared on April 13, they had captioned, 'Life is a journey....embrace it... have faith and take the leap."

Pictures of Jwala in a saree and Vishnu Vishal in a traditional shirt-veshti and moments from their garland exchange had gone viral.

It is the second marriage for both stars, who had made their relationship official around 2020 Ne Year. They had reportedly met around June 2019 and their pictures together had sparked relationship rumours then itself.

On the professional front, Jwala is currently busy with her badminton academy, Vishnu is shooting the movie Mohandas. The Ratsasan star last featured in Rana Daggubati starrer multilingual Aranya/Kaadan.