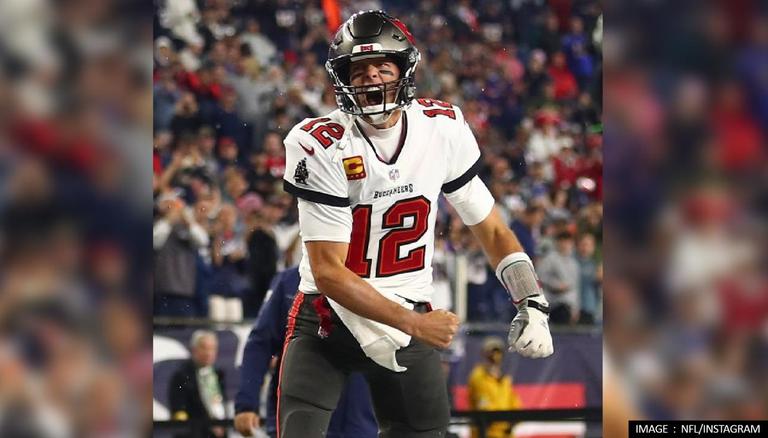 
While age may not be on NFL legend Tom Brady's side but the Tampa Bay Buccaneers quarterback continues to shine and add more records to his illustrious career. The quarterback, while recently playing against his old team New England Patriots, broke the league's career passing yards record.

The seven-time Super Bowl champion quarterback set the record for yards passing in a career on a 28-yard completion to Mike Evans in the first quarter. Tom Brady reached 80,358 yards through the air and then called a timeout before the next play. But, it was to reset his offence as it tried to get its first touchdown of the game. Apart from breaking Drew Brees' record of 80,358 passing yards, Tom Brady became the fourth quarterback in NFL history to defeat all 32 teams.

Tom Brady wants to beat New York Giants the most

Following the victory over New England Patriots, Tom Brady on his podcast "Let's Go!" with fellow NFL player Larry Fitzgerald and sports commentator Jim Gray admitted that the one team he loves to beat the most is New York Giants. When Jim Gray asked Tom Brady about one team he loves to beat the most he said, “Holy cow, that’s a good question. The team I would love to beat the most is the Giants, there’s no doubt about that because they’ve taken away some really, you know — I’ve always joked with Eli (Manning) but, yeah, and I think he likes that I bring it up all the time. So to bring it up again, I do not like losing to those guys, so when we beat them I love that."

Why does Tom Brady like beating the New York Giants the most?

Two of the biggest losses of Tom Brady's NFL career has come against the New York Giants. The two times Brady played the team in the Super Bowl, he lost. However, when it comes to the regular season the record is completely different with Brady having a 5-1 record against the Giants. He's thrown eight touchdowns and four interceptions in those games. Brady has lost only three times in 10 Super Bowl appearances, two of which were to the Eli Manning-led Giants. One of those losses followed the Patriots' undefeated regular season in 2007; they could've made history as the NFL's first 19-0 team and only the second team to ever go undefeated and win the Super Bowl — but the Giants stood in their way.

WE RECOMMEND
Who is Tom Brady? How did he achieve a massive milestone in NFL history?
NFL: Patriots' Steve Belichick steals the show with awkward tongue movement; Watch
NFL: What Happened to Teddy Bridgewater? Why was he ruled out of the game?
Tom Brady beats Patriots in New England return, 19-17
NFL chief medical officer explains 2021 testing procedures
Listen to the latest songs, only on JioSaavn.com