Sharad Kumar was admitted to the AIIMS Hospital in Delhi after he complained of chest pain. He is now diagnosed with a swelling in his heart. 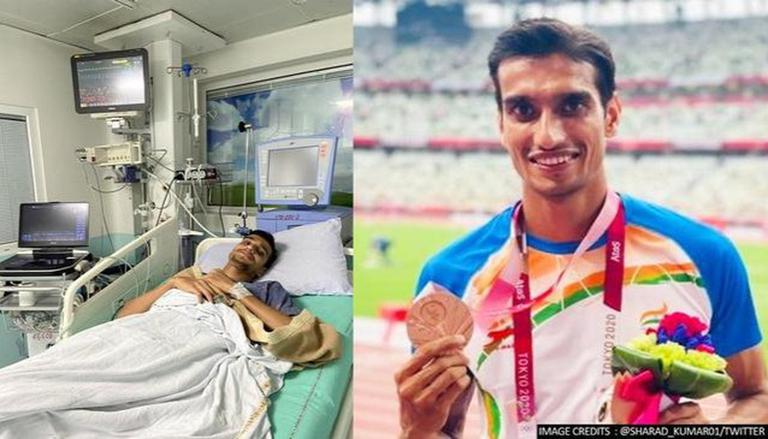 
The Tokyo Paralympics 2020 bronze-medallist for India Sharad Kumar has been diagnosed with swelling in the heart, after being admitted to the All India Institute of Medical Sciences (AIIMS) in Delhi recently. The high jumper was kept under observation after he complained of chest pain and had to undergo several tests. He won the bronze medal for India at the Tokyo Olympics 2020 and received nationwide acknowledgment for his brilliant effort in the Men’s High Jump T42 class.

While speaking to ANI during a virtual press conference, Kumar revealed that he has now returned home. While speaking about his condition, Kumar said, “I don't know what happened, but my reports show that there is swelling in my heart and I am in pain. I am fed up with the regular tests in hospital and I am at home now. But I do have to travel to the hospital for tests." After winning a bronze medal at the Tokyo Paralympics in the men's high jump event, Sharad had revealed that he was battling through an injury on the eve of the event. ''It was very bad for me, I was crying the whole night. The fact that I landed on my meniscus, and that was dislocated. I did not even think that I will be able to participate. I spoke to my parents in the morning saying it is done and I am being punished for some sin that I have done. I do not know what it is, that is when my brother and few friends told me just go and participate, it does not matter.”

Sharad Kumar, along with badminton player Pramod Bhagat, shooter Manish Narwal, and javelin thrower Sundar Singh Gurjar were recommended for the Major Dhyan Chand Khel Ratna Award 2021 on Saturday, by the Paralympics Committee of India (PCI). All four athletes came back to India from Tokyo with the Paralympic medals. Sharad Kumar is currently 29-years-old and made his International debut at the 2010 Asian Para Games. He went to win the gold medal in the high jump T42 class during the 2014 Asian Games, breaking a 12-year Asian Games record. His endeavour at the Asian Games made him the World No. 1. He also participated in the 2016 Rio Paralympics, where he finished sixth.