Parker Boudreaux is no longer on the team’s roster and it looks like he’s thinking of a career change, taking his talents possibly to WWE. 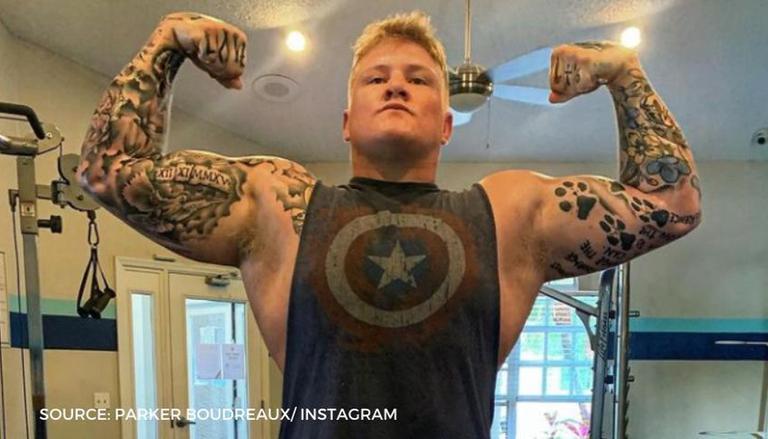 The UCF Knights' offensive lineman Parker Boudreaux is no longer on the team’s roster and it looks like he’s thinking of a career change, taking his talents possibly to WWE. As per a FightfulSelect report, Boudreaux was recently seen talking to WWE officials at the WWE Performance Center. He was also present backstage during the taping of January 20, 2021 episode of WWE NXT.

Parker Boudreaux, who’s been compared to former WWE and UFC champion Brock Lesnar, took to Twitter during Sunday night’s WWE Royal Rumble show and shared a picture of himself with former WWE Superstar Eva Marie. Marie performed in WWE from 2013 to 2015, before making a return in 2016 for a brief stint. For the past few months, it’s been rumoured that the Diva is currently training at Performance Center for another return.

It is possible that she could be training with Parker Boudreaux and giving him a tip or two. Shortly after Boudreaux tweeted the picture, Marie returned the favour by doing the same. “Let’s get ready to RUMBLE Parker Boudreaux. Viewing party with the fam,” she wrote.

The American stands at 6-foot-4-inches tall, with 270lbs, which is a tad more than Brock Lesnar. With a football background, just like Lesnar’s, Parker Boudreaux has all the athletic ability to be the next big thing. And it looks like Boudreaux is aware of the comparisons, saying in an interview (via talkSport) that ‘it’s pretty funny’. “Brock Lesnar [everyone says I look like]. I probably get that one every day. I’ll get [Ivan] Drago from Rocky. I’ll get [Brian] Bosworth. Everybody has something,” he said.

His tweet is not a prediction. It’s a spoiler.

Even though Parker Boudreaux can be seen hanging at the WWE Performance Center, he has been receiving callouts from the various AEW officials. A few weeks ago, WWE Hall of Famer and current AEW commentator Jim Ross praised Boudreaux, saying that the young man has been on his radar for ‘two or three years’. “You do know that there’s 'big money' in AEW too,” he added.

Big money is earned, not awarded. @ParkerBoudreauxloojs great and has been in my radar for 2-3 years.
You do know that there’s “big money” in @AEWrestling too. https://t.co/TteJneLXXc