Doctors discovered the tumour on the right side of Pele's colon when the footballer had visited a hospital for a regular medical checkup last month. 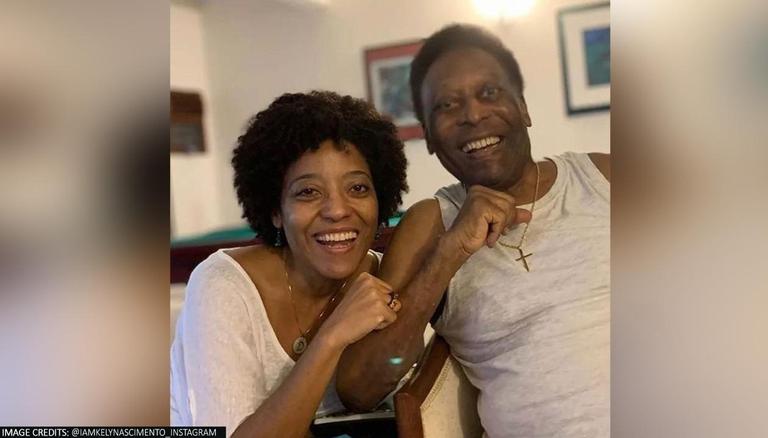 
Brazilian football star Pele, who recently underwent surgery to remove a tumour from his large intestine, is recovering well at the hospital, according to the 80-year-old's daughter Kely Nascimento. Nascimento turned to social media to share an update regarding Pele's health, where she said the retired football player is doing well post surgery and that he is no more suffering from the pain. Nascimento said that Pele would soon be moved into a regular room, where he will be kept under observation for a couple of days before heading home.

"I wanted to say thank you, thank you, thank you, from the bottom of my heart for all of the loving, concerned, and supportive texts, DMs, and emails you guys have sent me. I have not had the chance to respond to many but I do read them and I feel hugged. He is strong and stubborn and with the support and care of the brilliant team at Einstein and all of the love, energy, and light that the world is sending, he will get through this!" Nascimento wrote in an Instagram post.

Pele is recovering in a 'satisfactory manner'

The Albert Einstein hospital, where Pele is being treated, issued a statement on Monday saying that the former Brazilian footballer has responded well to the surgery and is recovering in a "satisfactory manner". The hospital also confirmed that Pele would soon be moved into a regular room. According to the statement issued by the Albert Einstein Hospital in Sao Paulo, Pele is expected to come out of the Intensive Care Unit on Tuesday.

Doctors discovered the tumour on the right side of Pele's colon when the footballer had visited a hospital for a regular medical checkup last month. Pele has been suffering from other medical problems, especially after he had a hip replacement surgery in 2012. In 2019, Pele was admitted to a hospital to get kidney stones removed.

As far as Pele's professional career is concerned, he is considered one of the greatest footballers the world has ever seen. Pele remains the only football player in the world to win three Worlds Cups. He won the World Cups for Brazil in 1958, 1962, and 1970. Pele also remains Brazil's all-time top goalscorer, having scored 77 goals in 92 appearances.