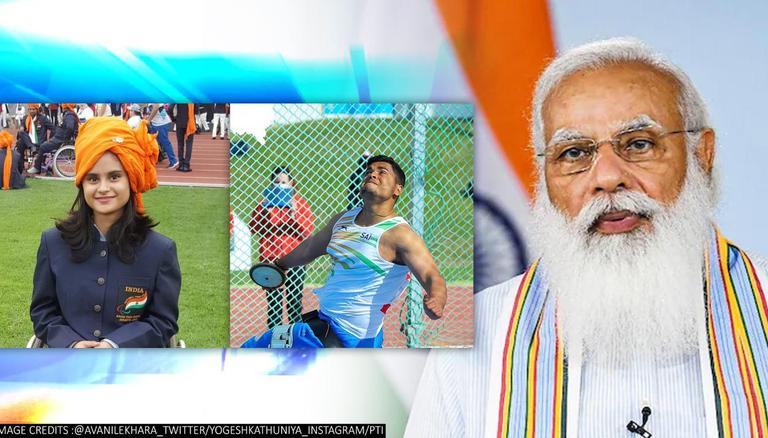 
Indian para-athletes continue to make the country proud by winning medals at the ongoing Tokyo Paralympics games. On Monday Avani Lekhara made history by becoming the first Indian woman to win gold at the Paralympics. Lekhara fired her way to the top of the podium in the R-2 women's 10m Air Rifle Standing SH1. Apart from Avani, discuss thrower Yogesh Kathuniya also ended up on the podium by winning the silver medal following a throw of 44.38m in his sixth and last attempt to clinch the silver.

PM Modi on Monday spoke to Avani Lekhara on the telephone and congratulated her on winning the Gold. He said that this win is a matter of great pride. The shooter also expressed happiness at the support she has received from the entire nation. Earlier in the tweet, PM Modi had said that Avani's gold medal was possible due to her passion for shooting.

Phenomenal performance @AvaniLekhara! Congratulations on winning a hard-earned and well-deserved Gold, made possible due to your industrious nature and passion towards shooting. This is truly a special moment for Indian sports. Best wishes for your future endeavours.

Yogesh Kathuniya was also congratulated for his Silver medal win by PM Modi who appreciated the efforts put by Yogesh’s mother in ensuring his success. Yogesh expressed gratitude to PM Narendra Modi for the good wishes. In the tweet, PM Modi had said that his success will be motivating the budding athlete

Outstanding performance by Yogesh Kathuniya. Delighted that he brings home the Silver medal. His exemplary success will motivate budding athletes. Congrats to him. Wishing him the very best for his future endeavours. #Paralympics

Avani Lekhara on Monday won the gold medal with a score of 249.6 equalling the world record and Paralympic record. Iryna Shchetnik who won the bronze medal holds the World Record of 249.6 points. Avani's Paralympic record surpasses Slovakia's Veronika Vadovičová score of 207.8, which came up during the Rio Olympics 2016.

Lekhara qualified for the final finishing 7th in the qualification round with a total score of 621.7. Avani after a slow start made up ground and went on to advance to the finals of the showpiece event. She registered good scores of 104.9, 104.8 in her third and fourth attempt to be in contention for the medal before scoring 104.1 in the final round of qualification.