PM Modi took to his Twitter handle to extend his greetings and shared that Team India at the World Archery Youth Championship won 15 medals including 8 golds. 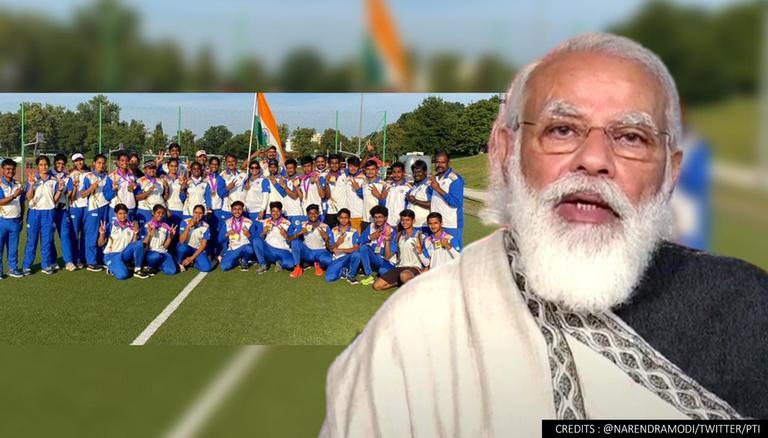 
PM Modi on Sunday congratulated the Indian contingent at the World Archery Youth Championship in Wroclaw, Poland for a stellar performance. PM Modi took to Twitter to extend his greetings and shared that Team India at the World Archery Youth Championship won 15 medals including 8 golds. India's previous best show in the Youth World Championships was in the last edition at Madrid 2019 where they had bagged two gold and one bronze medal.

The Indian contingent at the World Archery Youth Championships in Wroclaw has made us proud by winning 15 medals including 8 Golds. Congrats to our team and best wishes for their future endeavours. May this success inspire more youngsters to pursue archery and excel in it. pic.twitter.com/b5E5UdE4zX

Indian archers won all their matches in the recurve under-18 section to grab two gold and three bronze medals and continue their record-breaking spree in the Youth World Championships on Sunday. The men's team defeated their French rivals 5-3, while the mixed pair followed suit with a 6-2 win over Japan to continue their winning run on the country's 75th Independence Day.

India also bagged three bronze medals in the women's team, individual and men's individual events for a perfect show by the U-18 (cadet) archers. Overall in recurve and compound sections, India have won 8 gold and a total of 15 medals in their best-ever show in the tournament.

Team India 🇮🇳 is the new under-18 world champion! 🥇👏 pic.twitter.com/z8ruBGFN16

READ | 'Suspended' Vinesh Phogat sends apology to WFI; may still not be allowed to compete