Proceeds of this auction on the birthday of PM Modi will go to the 'NamamiGange' Mission, aimed at conserving the Ganges 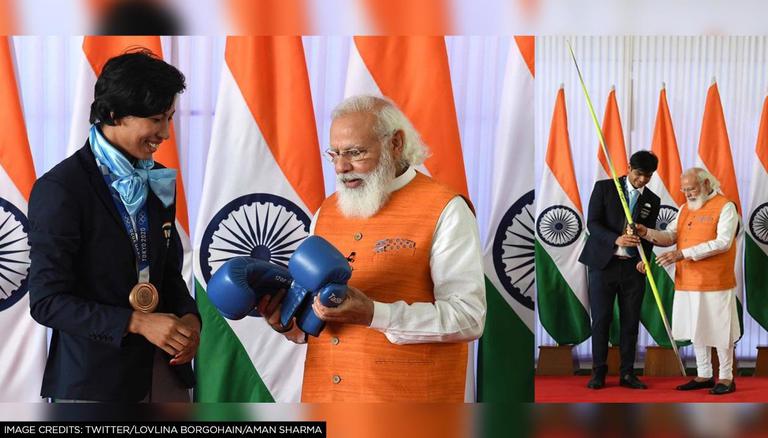 
As India celebrates the 71st  birthday of Prime Minister Narendra Modi, the Ministry of Culture conducted an e-auction of the gifts received by the PM. This is the third edition of this kind of e-auction which have started today and will remain open till October 7. Out of the 1300 momentos that are being listed for the auction, Olympic bronze medalist Lovlina Borgohain's pair of gloves received a staggering Rs. 1.92 cr bid. Right behind Lovlina's gloves was historic gold medalist Neeraj Chopra's Javelin that acquired Rs. 1.5 cr in the e-auction. Proceeds of this auction on the birthday of PM Modi will go to the 'NamamiGange' Mission, aimed at conserving the Ganges.

Some incredible memorabilia’s received by PM @narendramodi Ji will be E-auctioned by @MinOfCultureGoI from tomorrow.

Proceeds from the e-Auction will go to the Namami Gange Mission.

The 3rd edition of the e-auction of prestigious gifts bestowed to PM Narendra Modi is being held from 17th September to 7th October 2021 through the web portal https://pmmementos.gov.in. This auction will include around 1330 items out of which some items have already garnered a considerable amount of attention. Olympian, Lovlina Borgohain blue gloves that helped her acquire the bronze medal at the Tokyo was also up for the e-auction with a base price of Rs. 80 lakh.

On the birthday of our country’s esteemed Prime Minister, I would like to thank Shri @narendramodi ji for extending his never ending support to the athletes and his inspirational words which motivates us to push our limits further. #HappyBirthdayModiJi pic.twitter.com/8I8qfvFeJZ

However, Lovlina's gloves reaped a massive bid of Rs. 1.95 cr. Similarly, gold medalist and history rewriter Neeraj Chopra's fluorescent green and purple patched javelin was introduced in the auction with a base price of Rs. 1 cr which received a modest Rs. 1.5 cr final bid.

READ | PM Modi gave dignified life to those deprived of their rights for decades: HM Shah

Other notable items at the auction

Except for the notable mementoes that include sports gear and equipment gifted to the Prime Minister by winners of the Tokyo 2020 Paralympic Games and the Tokyo 2020 Olympic Games. Other interesting artefacts include a replica of the Ayodhya Ram Mandir, Chardham, Rudraksha Convention Centre, models, sculptures, paintings, angavastras etc. The lowest-priced item is a small-sized decorative elephant for Rs. 200.