Red Bull boss Cristian Horner expressed his doubts related to the back wing of Lewis Hamilton's Mercedes, ahead of the Qatar GP 2021 at Losail Circuit. 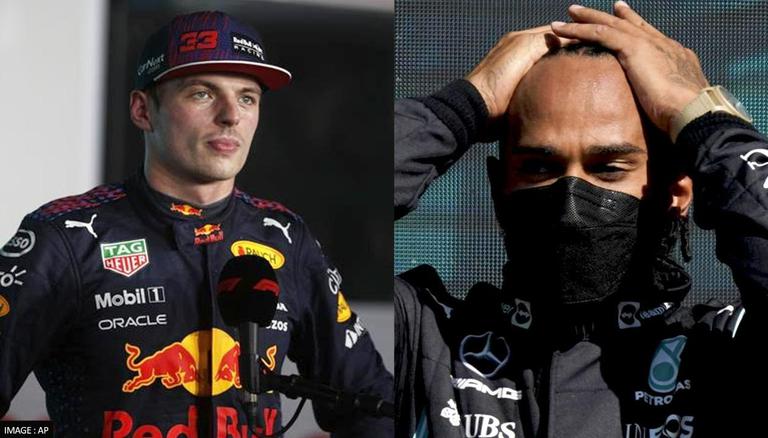 
Mercedes' Lewis Hamilton is all set to take his 102nd Formula One career pole, as he starts the Qatar Grand Prix 2021 from P1 after topping the timing charts in Saturday's qualifying session. However, earlier in the weekend after one of the practice sessions at the weekend, Red Bull Racing threatened to stage a protest against Mercedes while raising questions on their pace and the back wing of Hamilton's car.

Mercedes have visibly proved to be faster than Red Bull since the Brazilian GP 2021, as Hamilton clinched victory in Brazil, after starting the race from P10.

Hamilton earlier faced a penalty during the qualifying session of the Brazilian GP last weekend, after the DRS gap on the back wing of his car was found to be more than 85mm.

Meanwhile, as reported by Fox Sports, while speaking in an interview after the practice, Red Bull team principal Christian Horner said, "The straight-line speeds that we’ve seen in Mexico and in Brazil – I think everybody could see in Brazil it was not a normal situation. And yes, a new engine, we know with Mercedes, comes with increased performance. But when you have a 27kph closing speed and witness marks on rear wing endplates that have been marking up from wings that have been flexing it’s very clear to us what has been going on."

Replying to the comments made by the Red Bull team principal, Mercedes boss Toto Wolff said that the team has been controlled in the same wing on 14 occasions in the past.

As per Fox Sports, Wolff said, "The FIA has all drawings about it, there is no such thing as Red Bull expects there to be. So we are happy to send it, cut it, can send you one to Milton Keynes."

Despite the threats of protest from Red Bull, Lewis Hamilton managed to take another pole position in his illustrious Formula One career and will start the Qatar GP ahead of current championship leader Max Verstappen. At the same time, Red Bull have a tough race on Sunday as Sergio Perez managed to qualify only at P11, as Verstappen got sandwiched between the Mercedes duo of Hamilton and Valtteri Bottas.

READ | Qatar GP live stream: How to watch crucial F1 race in India, US and UK?