The Qatar Grand Prix featured one of the most entertaining races as title rivals Lewis Hamilton and Max Verstappen finished in first and second place. 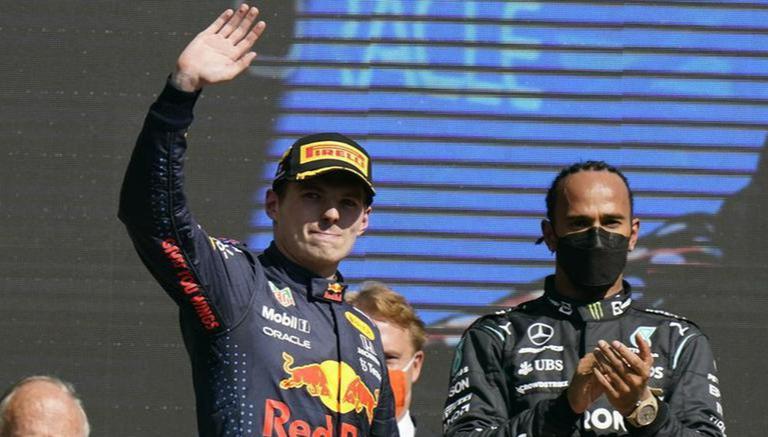 
The Qatar Grand Prix featured one of the most entertaining races as title rivals Lewis Hamilton and Max Verstappen finished in first and second place despite the latter serving a five-place grid penalty before the race. Meanwhile, two-time Drivers' Champion Fernando Alonso finished in third place to get the final podium place. This was the first time the Spaniard finished on the podium since the 2014 Hungarian Grand Prix.

Lewis Hamilton was delighted to win the Qatar GP as he said, "It was a pretty straightforward race in the end, and it was a great job by the team because we really needed the points today. To get back-to-back wins is a great feeling and sets us up well for the final two races."

Meanwhile, championship rival Max Verstappen said, "Luckily we had a really good start. At the end of the day to get the fastest lap was very nice." Consequently of the fastest lap, the Dutchman grabbed an extra point to aid him in the championship.

Fernando Alonso, who grabbed his first podium in seven years, said, "It's been seven years, but finally we got there [a podium finish]! I'm so happy for the team. The team were excellent, and the reliability of the car is great at the moment. I've waited so long for this, and I'm so happy!"

It's been seven years since @alo_oficial celebrated like this in parc ferme - what a moment! 🤩#QatarGP 🇶🇦 #F1 pic.twitter.com/4htTYPlRpu

Consequently of the Qatar GP win, Lewis Hamilton reduces Max Verstappen's lead in the Drivers' Championship to eight points ahead of the Saudi Arabia Grand Prix. The Mercedes F1 racer is currently on 343.5 points, while the Red Bull Racing driver is currently on 351.5 points, with just two races remaining in the F1 2021 season.

WE RECOMMEND
F1: Why was Lewis Hamilton wearing a rainbow helmet at Qatar Grand Prix 2021?
Qatar GP: Hamilton hailed for showing support to LGBTQ community; 'We stand together'
Why is Lewis Hamilton disqualified from Brazilian GP qualifying and what happens next?
F1: Full Starting Grid for Qatar GP 2021; Hamilton takes pole with Perez qualifying at P11
Fernando Alonso concerned about F1's future as Hamilton wins in Brazil amid huge penalty
Listen to the latest songs, only on JioSaavn.com