Qatar GP: What Does Lewis Hamilton, Max Verstappen Need To Do To Win F1 World Title?

Know what the current championship rivals Max Verstappen and Lewis Hamilton need to do to win the F1 2021 world title, with three races left in 2021. 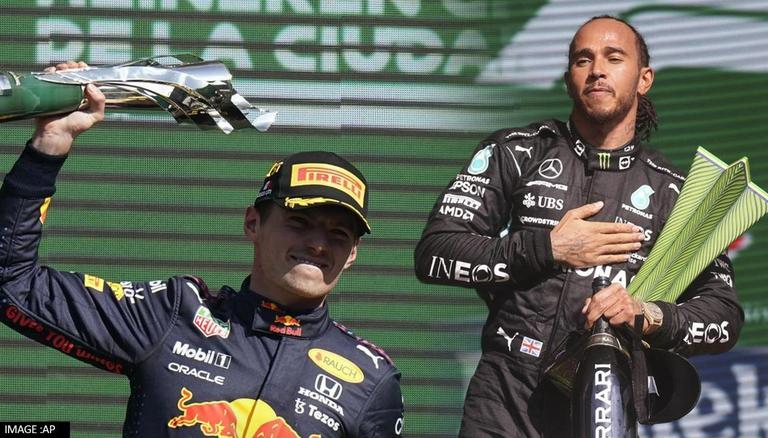 
As Formula One heads into the main race of the Qatar Grand Prix 2021 on Sunday, the Formula One Drivers Championship 2021 rivalry between seven-time world champion Lewis Hamilton of Mercedes and Red Bull’s Max Verstappen is at an all-time high. By winning the Brazilian GP 2021, Hamilton managed to close up the drivers’ standings gap to the current leader Verstappen from 19 points to 14 points. Meanwhile, with only three more races to go this season, both teams and the drivers have the chance to become the F1 world champions this year.

With Verstappen currently at the top with a total of 332.5 points to his name, Hamilton follows him 318.5 points heading into the Qatar GP 2021 at the Losail circuit.  With three races to go in the season, which includes the Qatar GP, Saudi Arabia GP and the Abu Dhabi GP,  a maximum of 78 points are in line as the race winners get 25 points for winning each race and three points for the fastest laps. However, either of the drivers doesn’t need to win all remaining races in order to claim the world title.

How can Max Verstappen or Lewis Hamilton win the Formula One 2021 world championship?

Max Verstappen needs to win twice and he would still pick up his maiden world championship title, even if he suffers a DNF in one of the races. He can also claim the title by winning once and finishing twice on the podium, with at least one second-place finish. At the same time, if Hamilton wins two upcoming races and Verstappen wins one, the reigning world champion will still need Verstappen to miss out on the podium at least once. Hamilton would be heavily relying on Verstappen to drop some points in his final races, however, if the Brit wins all the three races, he will pick his eighth-world title, irrespective of where the Dutchman finishes.

Meanwhile, all the other 18 drivers in the F1 2021 grid are out of contention from the 2021 drivers championship title as the third-placed Valtteri Bottas is 115.5 points behind his Mercedes teammate Lewis. Bottas is followed by Red bull’s Sergio Perez who has a total of 178 points to his name. Perez is followed by McLaren’s Lando Norris who is placed fifth in the standings with 151 points.