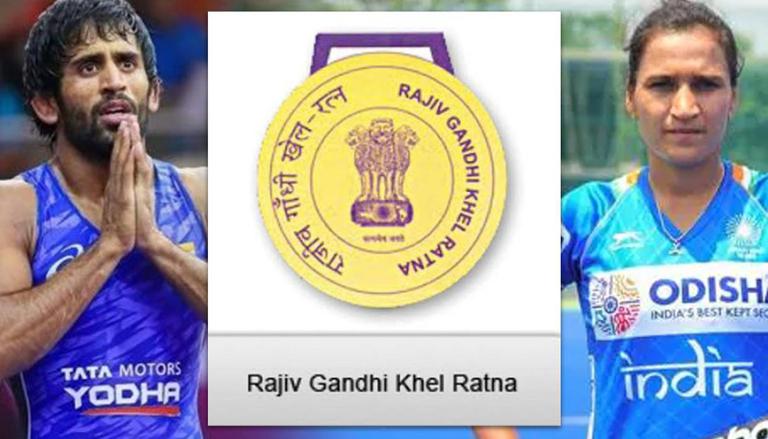 
The Rajiv Gandhi Khel Ratna Award, the highest sporting honour of India, will now be known as Major Dhyan Chand Khel Ratna Award. Prime Minister Narendra Modi on Friday, August 6, announced the name change in recognition of the Indian hockey legend, Dhyan Chand. First awarded in 1991-92, the Khel Ratna award is handed annually by the Ministry of Youth Affairs and Sports. The recipients are awarded for their "spectacular and most outstanding performance in the field of sports” at the international level. The selected athletes are awarded a medallion and a certificate, along with a cash prize of ₹ 25 lakh. While the first-ever recipient of the Khel Ratna was chess legend, Viswanathan Anand, current women’s hockey star Rani Rampal, was among the latest athletes to win the prestigious award.

The Rajiv Gandhi Khel Ratna award had some serious competition in 2019. Paralympic silver-medallist Deepa Malik and wrestler Bajrang Punia were handed the prestigious award. Deepa Malik, with the award, became the first Indian woman para-athlete and the oldest to be conferred the Rajiv Gandhi Khel Ratna award. Meanwhile, co-awardee Bajrang Punia was handed the award for his excellent performance in the freestyle wrestling events. Interestingly, the Asian and Commonwealth champion wrestler even missed the award ceremony owing to his training for the Tokyo Olympics.

The year 2020 saw the most number of athletes being awarded the Khel Ratna award. Cricketer Rohit Sharma, Table Tennis player Manika Batra, Wrestler Vinesh Phogat and Indian women’s hockey team captain Rani Rampal all shared the award along with Paralympic athlete Mariyappan Thangavelu. The awards were deemed of utmost importance for Vinesh Phogat and Rani Rampal by many as they came just ahead of the 2020 Tokyo Olympics.

The change in the prestigious award’s name comes on the same day, the Indian women's hockey team fell short of a bronze medal in the Tokyo Olympics. Led by the Khel Ratna award winner Rani Rampal, the team was all set to etch history. However, the team failed to over the Great Britain side to finish fourth in the tournament. Meanwhile, on Thursday, the Indian men’s hockey team made history by winning the bronze medal at the Games after long 41 years.