Khabib is being widely criticised for his comment questioning the usefulness of ring girls in the sport. His remark has been termed sexist by many. 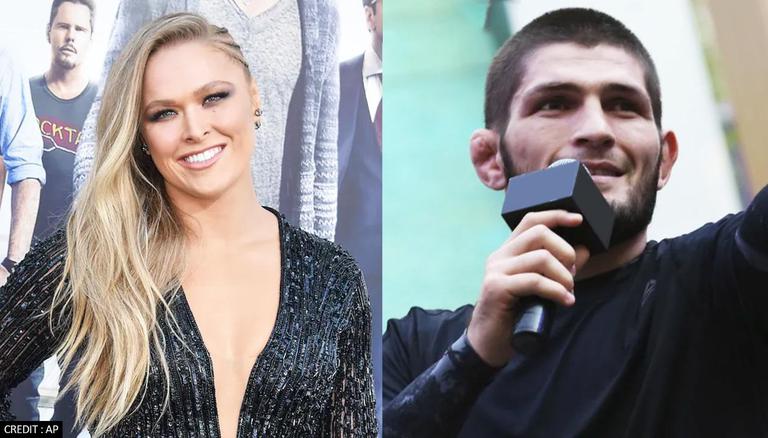 
Ronda Rousey's stance on the pay gap between ring girls and the fighters is making the rounds on social media once again after former UFC fighter Khabib Nurmagomedov labelled them as the most useless people in mixed martial arts. Khabib is being widely criticised for his comment questioning the usefulness of ring girls in the sport. His remark has been termed sexist by many on social media, who are slamming the Russian MMA superstar for not respecting the sentiments of women. Supporters of Khabib have now jumped in the ongoing debate and are countering the opponents' criticism with an old video of Ronda Rousey.

In the video, Ronda could be heard slamming the popular ring girl Arianny Celeste, who was at the time churning more money than some of the fighters. Ronda said Celeste wouldn't have a job if it was not for the fighters who risk their lives. Ronda asked if Celeste walking around in circles with a card is worth more than two fighters risking their lives. Supporters of Khabib are sharing the video, calling out the hypocrisy of people who are criticising the now-retired 32-year-old fighter over his comments on a similar subject.

"Either the ring card girls are paid too much, or the fighters aren’t paid enough,” said Rousey. “You think her walking around in circles around the two guys or two girls out there fighting for their lives is worth more? She wouldn’t have a job if it wasn’t for them," Rousey had said in a statement five years ago.

But when khabib shared the same opinion he is viewed as backwards pic.twitter.com/4GGLoh7KZz

Khabib, in a press conference, had said that the ring card girls are useless because they don't contribute towards the development of the sport.

"Look, I don’t want to offend anyone. Ring girls are the most unnecessary people in martial arts. Do they develop the sport? Or do they help people see that it’s the second round now?" Khabib said at the press conference, as reported by GiveMeSport.com.

Ring card girls have been a long tradition in combat sports. However, the purpose of those girls has always come under scrutiny with many people even suggesting that it is nothing more than the objectification of women.