The Sports Authority of India (SAI) Alleypey celebrated the 76th Independence Day of India in a wholesome way. Watch the video that is currently going viral. 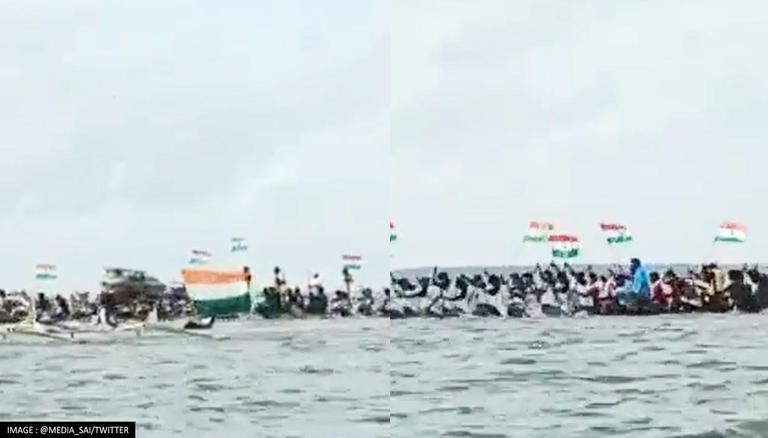 
The Sports Authority of India (SAI) took to its official Twitter handle on the occasion of India’s 76th Independence Day, on Monday and shared a video of the SAI NCOE Alleppey celebrating Independence Day in a wholesome fashion. In the video, several boat rowers can be seen rowing their boats with tricolors hoisted all over them.

India is completing 75 years of Independence from British rule on August 15, 2022, with celebrations taking place all across India. Prime Minister Narendra Modi hoisted the national flag on the Red Fort earlier today and addressed the nation on an auspicious day. As per ANI, PM Modi spoke about the rising stature of Indian sports and urged the countrymen to promote sports and to the development of India.

"Dedicate the next 25 years of their lives for the development," says PM Modi

“When dreams are big, the hard work is equally strenuous. We need to be inspired by the determination of our freedom fighters who dreamt of a free India. I urge the youth to dedicate the next 25 years of their lives for the development of the nation. We will work towards the development of the entire humanity. That is the strength of India,” the Prime Minister said.

At the same time, PM Modi also praised the performance of India in recent international events. “Our stellar performances at the international sporting events are an example of India’s shining talent. We need to promote and support such talent,” the Prime Minister added. India earned a total of 61 medals in the Commonwealth Games 2022 in Birmingham, which concluded last week.

READ | Independence Day 2022 in pictures: Revelry at Red Fort as India marks 75 years of freedom
SUBSCRIBE TO US