Sports Minister Anurag Thakur said that the government is planning to initiate more sports-related projects in the city like the cricket stadium in Dharamshala. 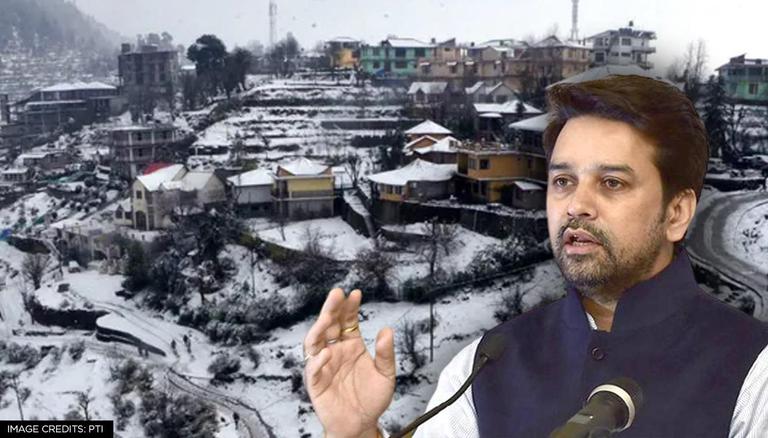 
On Sunday, Union Sports Minister Anurag Thakur stated that the Narendra Modi-led government will be trying its best to develop sports infrastructure in Himachal Pradesh's Dharamshala while giving the 'Devbhumi' a recognition of 'Khelbhumi'. The Minister, also in charge of Youth Affairs and Ministry of Information and Broadcasting, added that the government prioritises, protects, and promotes Himachal Pradesh's art and culture.

Holding a vision for future projects in the city surrounded by the Himalayas, Thakur said, "Dharamshala has made an identity in sports. We will try to initiate more projects like the cricket stadium in Dharamshala. And if the state government allocates us land, we will establish a high altitude training centre here soon."

In his maiden visit to Dharamshala after being inducted into the charge as Union Sports Minister, Thakur said that the Modi government has been promoting sports through various schemes and policies. "We have introduced Khelo India schemes, Target Olympic Podium scheme and established National Centres for Excellence to promote sports and help the athletes. Our new education policy also promotes sports," Thakur said.

Sports Minister seeks assistance from states in the development of sports

A member of the Lok Sabha, Thakur added that sports are a state matter and that the government's attempts will only be productive if State Legislatures also contribute their assistance in the same. "State government should promote sports. Schools, colleges and universities should play an important role in the development of sports culture in the country," he stated.

READ | Dharamshala cloudburst: Pictures and videos show the horror of flash floods in the city

Dharamshala, a city in Himachal Pradesh is known for its enclosure by the spectacular cedar forests on the edge of the Himalayas. The city is located in the Kangra Valley, in the shadow of the Dhauladhar mountains. The hillside city is home to the Dalai Lama and the Tibetan government-in-exile. Notably, the city has been selected to be developed as a smart city under Prime Minister Narendra Modi's flagship Smart Cities Mission. The Chief Minister of Himachal Pradesh, Virbhadra Singh had on January 19, 2017, declared Dharamshala as the second capital of Himachal Pradesh, making it the third state of India to have two capitals after Maharashtra and the Indian-administered union territory of Jammu and Kashmir.