In yet another proud moment for India, Javelin thrower Sumit Antil on Monday clinched the Gold medal at the F64 final event at the Tokyo Paralympics 2021 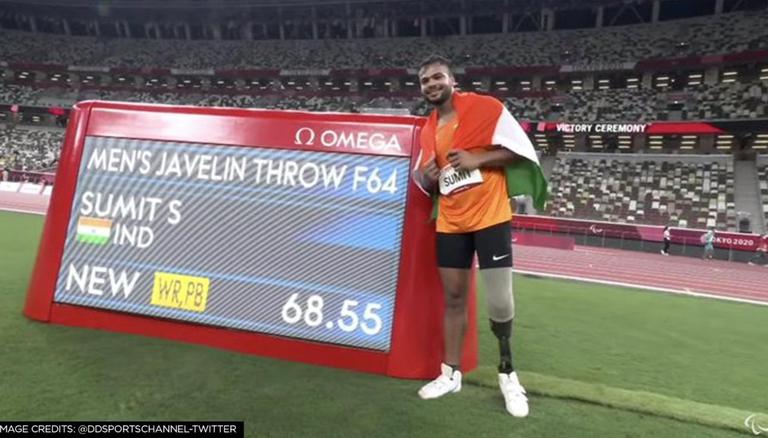 It was sheer domination by Sumit Antil as his first two throws were registered as consecutive world records. Sumit Antil's first throw was 66.95m, while his second throw was 68.08m. Then, extraordinarily, Sumit on his fifth throw, bettered his own world record with a throw of 68.55m.

Apart from Sumit Antil, reigning world champion Sandeep Chaudhary just fell short of making it to the podium, putting up a stellar performance nonetheless and finishing fourth on the table. Out of 6 attempts, Sandeep's best was his third throw which was registered as 62.20m. Sandeep's first throw was 61.13m.