Sushil Kumar is one of the accused in the Chhatrasal Stadium scuffle incident where a 23-year-old, Sagar Kumar, a former junior national champion lost his life 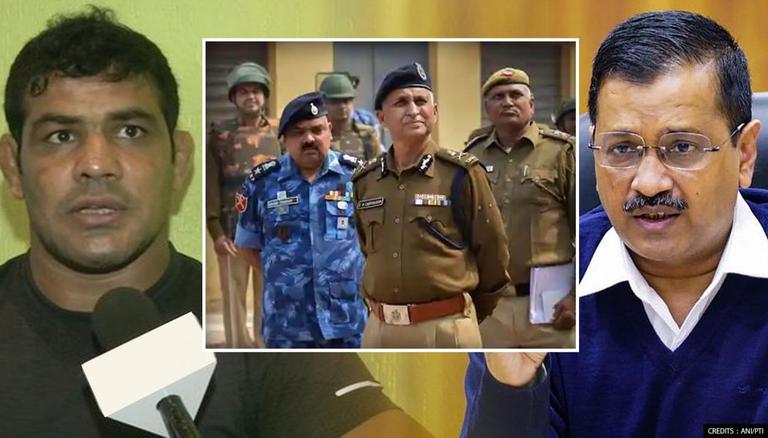 
Delhi Police has written a letter to the Arvind Kejriwal government in connection with the Olympian wrestler Sushil Kumar who is accused in the Chhatrasal Stadium scuffle case. As per sources, the Delhi Police has informed the Arvind Kejriwal government that wrestler Sushil Kumar is still enjoying the Officer on Special Duty (OSD) status despite being named in the murder of a former junior national champion Sagar Dhankad. Sushil Kumar is one of the accused in the Chhatrasal Stadium scuffle incident where a 23-year-old, Sagar Kumar, a former junior national champion lost his life.

Notably, Delhi Police on May 10 issued a look-out notice against the decorated wrestler. Sushil Kumar, who has been absconding since the night of the scuffle, is said to be involved in the incident where two factions of wrestlers allegedly opened fire on each other, leaving several injured and 23-year-old Sagar Kumar dead. However, Sushil Kumar has claimed that he has nothing to do with the incident and the wrestlers who got into the brawl were not his known. "They weren't our wrestlers, it happened late last night. We have informed police officials that some unknown people jumped into our premises and fought. No connection of our stadium with this incident," stated Kumar.

Recently, the Wrestling Federation of India (WFI) had expressed concern over India's wrestling image as Sushil Kumar is one of the most decorated wrestler of India. "Yes, I must say that the image of Indian wrestling has got hurt badly by this. But we have nothing to do with what wrestlers do away from the mat. We are concerned with their on-mat performance," WFI Assistant Secretary Vinod Tomar told PTI.

Sushil hails from Najafgarh's Baprola village, is till date India's only world champion (2010) in the sport. He is also the only one to claim two individual Olympic medals, an exceptional feat for a country that has seen very limited success at the Games.

READ | What happened with Sushil Kumar? Fans stunned at latest development with Olympic medallist
First Published: 14th May, 2021 19:31 IST
SUBSCRIBE TO US