Tata Motors will gift Tata Altroz Hatchback car to the Indian athletes as a 'gesture of gratitude', who missed out on bronze medals at the Tokyo Olympics 2020. 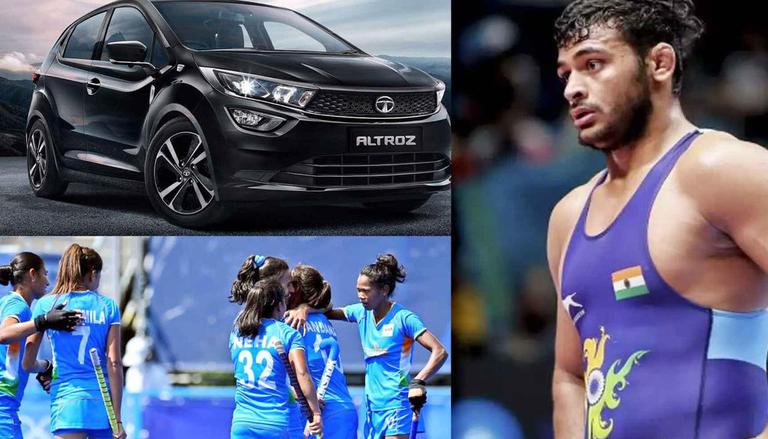 Speaking about the initiative, Tata Motors President (Passenger Vehicle Business) Shailesh Chandra said that the Olympic athletes, finished fourth had won hearts with dedication. "For India, this Olympics was about a lot more than medals and podium finishes. We are fortunate to celebrate the effort and spirit of our athletes representing our country, competing under the highest pressure against the absolute best talent the world has to offer and coming extremely close to a podium finish. They might have missed a medal but they have won the hearts of millions of Indians, with their dedication and are a true inspiration for budding athletes in India," Chandra said.

As a gesture of gratitude, Tata Motors is happy to deliver ALTROZ - #TheGoldStandard to all the Indian athletes who narrowly missed the bronze at #TokyoOlympics. They may not have claimed a medal, but won millions of hearts and inspired billions to set #TheGoldStandard. pic.twitter.com/SlZazXG6HK

Speaking about the car being gifted, Tata Motors President noted that the “Tata Altroz has set new benchmarks in its segment in safety, design, and performance”. He noted that the car was perfect for the initiative and is the automaker's privilege to honour the spirit of these athletes with a token of appreciation. India had few athletes who just fell short on the bronze medal. Golfer Aditi Ashok, missed out on the bronze medal by a single shots difference at the Tokyo Olympics. Similarly, the Indian Women's Hockey Team fell short of making history by winning their first-ever medal. Wrestler Deepak Punia was also among the big names who fell short of landing a medal finish.

READ | Riding on success in SUVs, Tata Motors launches the XTA+ variants of Harrier and Safari

Recently, Anand Mahindra, Chairman of Mahindra Group, promised to gift Olympic gold medal winner Neeraj Chopra with the company's upcoming SUV XUV700. Neeraj Chopra made history at the Tokyo Olympics as he ended the country's 100-year-long wait of winning a medal in athletics. Moreover, Neeraj also became only the second individual Indian athlete to win a gold medal for India at an Olympics event.

Interestingly, Anand Mahindra made the pledge to gift the SUV to Neeraj Chopra on Twitter while responding to a follower’s tweet. Replying to a Twitter user’s tweet asking him to gift the star athlete the company’s new car, Anand Mahindra replied, "Yes indeed. It will be my personal privilege & honour to gift our Golden Athlete an XUV 7OO." Tagging M&M Ltd Executive Director Rajesh Jejurikar and M&M Ltd CEO Automotive Division Veejay Nakra, Mahindra asked them to "keep one ready for him."