The Rock, in his Tweet, said that American boxer Deontay Wilder has 'on the shield' heart and called Tyson Fury's performance beautiful and resilient. 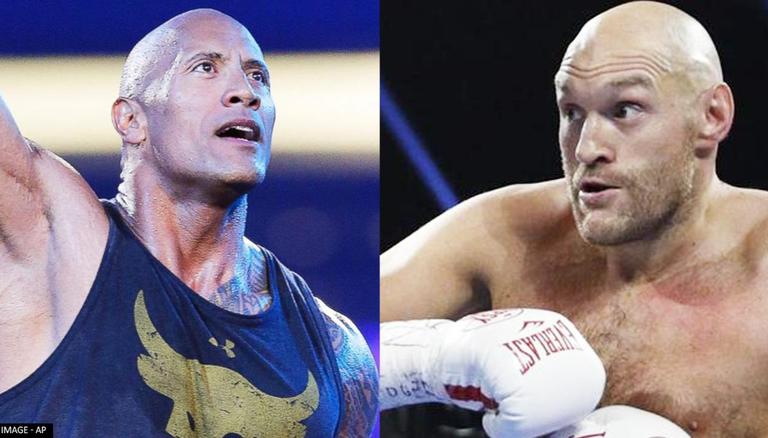 
WWE Superstar The Rock on Sunday congratulated Tyson Fury for retaining his WBC heavyweight championship after beating Deontay Wilder in Las Vegas.  Tyson Fury won the bout via technical knockout to retain the title. Following the victory, The Rock took to Twitter and posted a message for the boxer praising his performance. The Rock, in his Tweet, called the Tyson Fury vs Deontay Wilder bout one of the best he has ever seen and inspirational as well. He even said that Deontay Wilder has 'on the shield' heart and called Tyson Fury's performance beautiful and resilient. The win means Fury has established his supremacy over Wilder after their first fight ended in a split draw, while in the second fight, it was Fury who knocked down Wilder to win the battle. The win saw Fury improve his record to 31-0-1, while Deontay Wilder record now stands at 42-2-1.

That was one of the greatest fights I’ve ever seen.
#1
#2
And #1 is undefeated going in.
Congrats to my friend & champion @Tyson_Fury
What a beautiful & resilient performance.
What a “on the shield” heart @BronzeBomber has.
I was inspired tonight by both men🛡 #FuryWilder3

The Tyson Fury vs Deontay Wilder trilogy was an epic battle with Fury getting up from two fourth-round knockdowns and stopped Wilder with a devastating right hand in the 11th round to take away the win. Wilder was knocked down in the third round and appeared to be on his way out, but he improbably rallied to knock down Fury twice in the final minutes of the fourth. The British champion was profoundly shaken, but he also gathered himself and fought on.

Wilder (42-2-1) absorbed enormous punishment and appeared to be physically drained for much of the bout, but the veteran American champ showed his toughness while still throwing power shots on weary legs. Fury knocked down Wilder again with a concussive right-hand midway through the 10th, but Wilder stunned Fury in the final seconds of the round. Fury persevered — and after the referee jumped in to wave it off in the 11th, Fury climbed onto the ropes in weary celebration. Fury then broke into a rendition of “Walking in Memphis,” in keeping with his post-fight tradition of serenading his crowds.

Tyson Fury post-fight said that the fight was worthy of any trilogy in the history of the sport. Heaping praise on Deontay Wilder Fury said, "He’s a top fighter, and he gave me a real (test) tonight. I beat him three times. I tried to show him respect, and he wouldn’t give it back. Don’t ever doubt me when the chips are down; I can always deliver.”

READ | Tyson Fury vs Deontay Wilder 3: How much will ace boxers earn from their bout?