IOC said that a total of 35 Games participants were tested positive for the COVID-19 virus while competing at the Tokyo Olympics during the month of July. 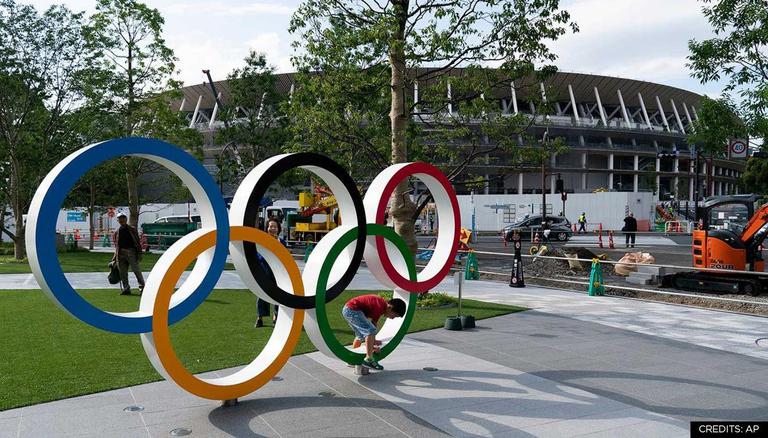 
The International Olympic Committee (IOC) said on Monday that a total of 35 athletes and participants of the Games tested positive for the COVID-19 virus during the month of July through tests conducted at the airport. IOC shared the data that stated that a total of 448,815 screening tests were conducted in July with 90 of them returning with a positive test, resulting in a positivity rate of 0.02%. However, after a total of 41,458+ airport tests, the positivity rate stood at 0.08%.

Earlier on Sunday, Toshiro Muto, the CEO of the Tokyo Olympics organising committee, in a press briefing said that the number of positive cases within the Olympic Games was not outrageous and was within the expectations. He also said that there was no relation between the rising cases in Tokyo with the ongoing Olympic Games.

Talking to Kyodo News, Toshiro Muto said, "We are conducting more than 30,000 tests every day, quickly isolating any positive cases and taking appropriate steps to prevent the virus from spreading." He continued, "Having gone into these Olympics promising a safe and secure games for all participants, Tokyo residents and the Japanese people, I think we have been able to deal with COVID-19 measures at a level within expectations so far."

As there was a simultaneous surge of COVID-19 cases in Tokyo the Olympic Organisers took the decision to ban the exit of athletes and residents of the athlete’s village from the campus for any reason that was not related to competition. The decision was taken after it was reported that several athletes had violated the rules to leave the residential village for sightseeing. The identities of those violators were not made public.

Masa Takaya, a Tokyo 2020 spokesperson, said while talking to a local newspaper, "We took away accreditation as we believe going out of the athletes' village for sightseeing is something that should not happen.” It was made clear that the athletes were never given permission to leave the residential premises for non-games related purposes.