Check out the complete details of the first medal event- Shooting of Tokyo Olympics 2020. The shooting events will take place from 24 July to 2 August 2021. 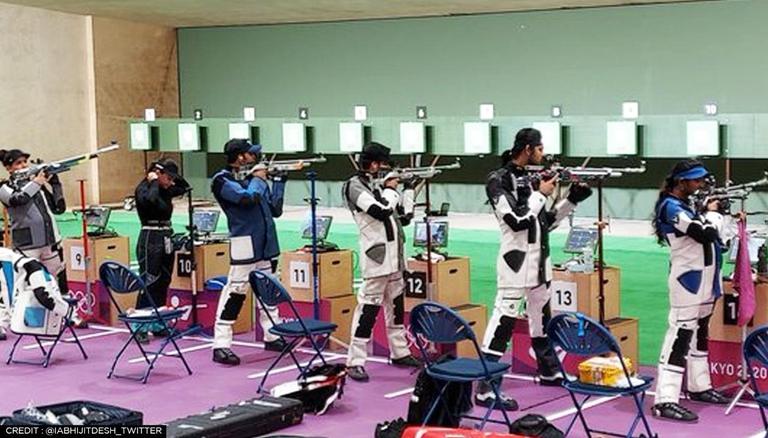 
The much-anticipated start to the Tokyo Olympics is all set to begin with the first medal event of shooting on 24 July (Saturday). Along with archery and badminton, shooting will be one of the first big medal events to watch out for as Indian players will be seen participating in the first two days of the Games. The first-ever medal that India won for shooting in Olympics was in 2004 when Rajyavardhan Singh Rathore had bagged silver in the game. Later several other Indian shooters including Vijay Kumar, Jitu Rai made India proud by winning the global competition of the Olympics.

For the 2020 Tokyo Olympics, India has positioned a record number of fifteen shooters to compete across ten events. This shooting team is considered to be one of the best consisting of some former world number one and current World number one shooters. Recently, India finished top of the ISSF World cup tally with 32 medals and they are expected to perform well at the Olympics.

According to the official website of Tokyo Olympics 2020, this year 300 competitors will be fighting for the competition for the 15 scheduled events. The shooting events will take place from 24 July to 2 August 2021. The events include battles in air rifle, air pistol and shotgun disciplines. The mixed-gender team event will be set in motion with women’s 10m air rifle.

READ | AITA slams Bopanna's complaints, jibes him on not qualifying for Tokyo Olympics on his own

Here is the complete schedule

As updated by the Olympic officials, there are six events for men, and six for women. The rifle and pistol competitions take place indoors, with shooters taking turns to fire pellets from a set distance at a stationary target. While, shotgun competitions take place outdoors and see athletes take shots at a moving clay target (sometimes known as a clay pigeon), that has been fired into the air from a trap at over 100 km/h.

United by Emotion indeed! More visuals of the #indianshootingteam as they arrived in #tokyo for the #olympics @weareteamindia @ISSF_Shooting @Tokyo2020 #shooting #Tokyo2020 pic.twitter.com/ko6jNbUltH